‘Thunderbirds Are Go’ to Debut on Amazon April 22 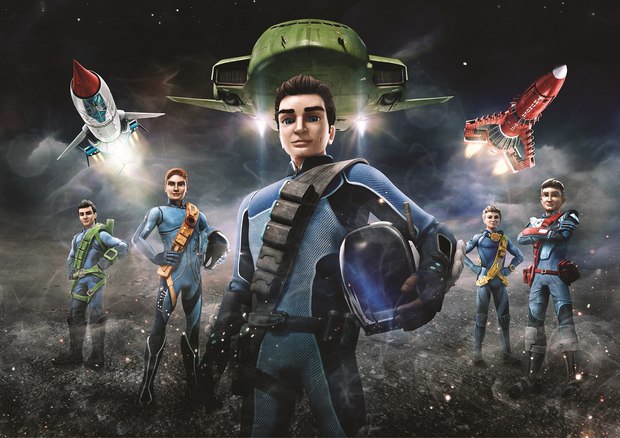 SEATTLE -- Amazon has announced the Friday, April 22nd premiere of its brand-new Original Kids Series, Thunderbirds Are Go. Ahead of the series launch, Prime members will get a sneak preview on April 15th with the one-hour special Ring of Fire Parts 1 and 2. Thunderbirds Are Go is a reinvention of classic Thunderbirds, and features the world’s most famous family of heroes, International Rescue. Rosamund Pike (The World’s End, Gone Girl) also stars as Lady Penelope. All 13 episodes of the first season will debut on Prime Video in the US on April 22nd for streaming and download for Prime members. It will subsequently air on Prime Video in the UK, Germany and Austria, following a deal with ITV Studios Global Entertainment.

Thunderbirds Are Go catapults the five brave Tracy brothers back onto television screens, where they’ll pilot their remarkable, cutting-edge Thunderbird vehicles from the depths of the oceans to the highest reaches of space, performing impossible rescues across the globe. Produced, the series is made using a unique mixture of CGI animation and live-action model sets. Thunderbirds Are Go will deliver a new level of action-adventure animation for today’s audience while paying tribute to the characters and locations from the original series.

“We’re excited that our customers and their families will partake in a new rendition of a classic property with the Tracy brothers at the helm,” commented Tara Sorensen, Head of Kids Programming at Amazon Studios. “The new series will pay tribute to the legacy of the original series while adopting a new level of action-adventure and groundbreaking mix of animation and live-action.”

“We’re delighted that Thunderbirds Are Go will be blasting off in the US on Amazon next month,” said Dan Gopal, EVP EMEA Distribution and Global Digital Partners for ITV Studios Global Entertainment. “This will give children and families across the country the opportunity to enjoy the full, action-packed series whenever and wherever they want.”

The first season of Thunderbirds Are Go will be available for Prime members to stream and enjoy using the Amazon Video app for TVs, connected devices including Amazon Fire TV, and mobile devices, or online at Amazon.com/originals, at no additional cost to their membership. Thunderbirds Are Go will also be available as part of Amazon FreeTime Unlimited, the all-you-can-eat subscription service designed from the ground up for kids. FreeTime Unlimited is available exclusively on Amazon devices including Amazon Fire TV and Fire tablets, and a year-long subscription is included with every Fire Kids Edition.