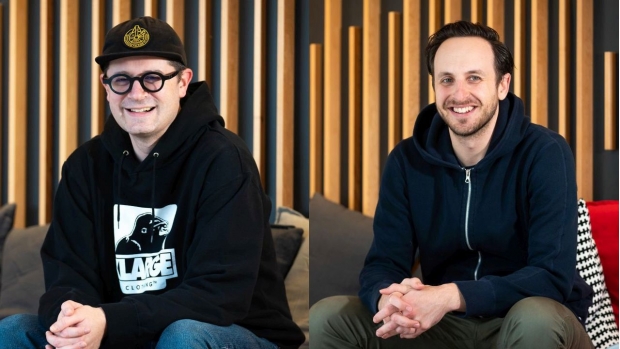 Thunderbird Entertainment has announced the promotion of Joel Bradley to the role of head of production at its kids and family division (Atomic Cartoons), as well as the appointment of Colin Beadle to VP human resources (HR) for all Thunderbird divisions.

Bradley will be responsible for day-to-day operations and strategic management of Thunderbird’s animation studios in Vancouver, LA, and Ottawa, managing a team of approximately 700 creative and production staff to ensure a consistent flow of high-quality projects to partners around the world. Prior to his promotion, Bradley held various roles at Pixar Canada before joining Atomic Cartoons as a supervising producer in 2013.

Beadle will oversee all HR needs, including recruitment, onboarding, retention, and training, for more than 1,000 crew members at each of Thunderbird's four offices. Before transitioning to HR in 2017, Beadle worked on the content production side, joining Thunderbird’s kids and family division as a line producer in 2015. Prior to this promotion, Beadle served as director of human resources for Atomic Cartoons, a position he will retain in addition to his new responsibilities.

Both positions are based in Vancouver, reporting to Jennifer Twiner McCarron, CEO for both Thunderbird and Atomic Cartoons.