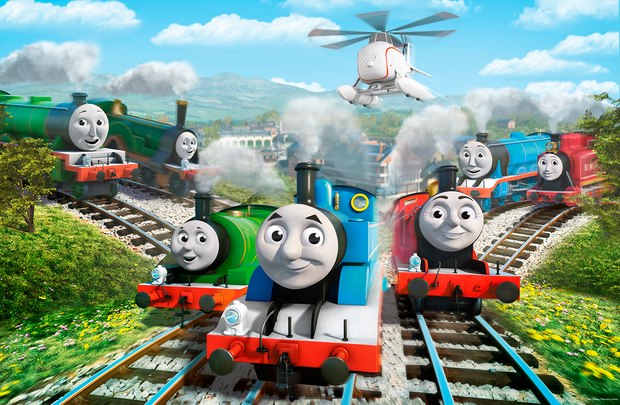 Nickelodeon welcomes the iconic series Thomas & Friends to its roster of preschool hits with the acclaimed hour-long special, “The Adventure Begins,” debuting March 12 at 10 a.m. (ET/PT) on Nickelodeon and the Nick Junior channel.

The special follows Thomas on his first adventure as he explores the Island of Sodor, meets exciting new friends, discovers the true meaning of hard work and friendship, and transforms into the No. 1 engine.

All-new, never-before-seen Thomas & Friends episodes from season 21 will air regularly weekdays at 5 p.m. (ET/PT) on the Nick Jr. channel, and brand-new specials will air on Nickelodeon throughout the year.

Leading up to the linear premiere of Thomas & Friends, an all-new full-length episode and short-form content are available now on NickJr.com and the Nick Jr. App.

Thomas the Tank Engine was created more than 70 years ago by the Rev. W. Awdry, as a storybook for his son. That story quickly grew to become the award-winning global brand franchise it is today, enjoyed by families around the world across multiple touch-points and formats, including: toys, apps, consumer products, publishing and live attractions with more than one engine sold per second. Thomas & Friends is aired in more than 160 territories, in more than 50 languages with more than 1.16 billion lifetime views on YouTube, and offers more than 80 hours of original content produced from 500 episodes and 12 specials.