The actor who voices Thomas the Tank Engine in the beloved children's series quits, saying he isn't paid enough to continue performing the role. 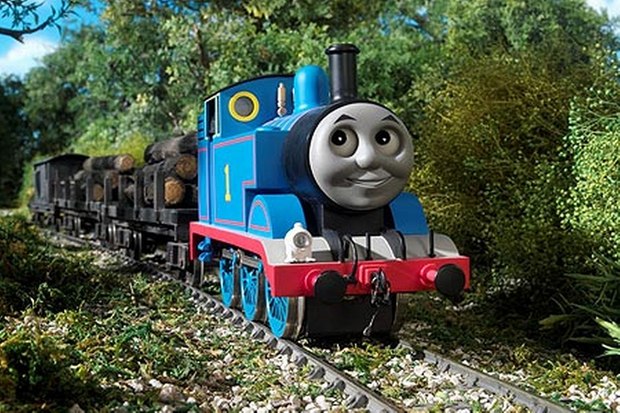 The actor who voices Thomas the Tank Engine in the beloved children's series has quit, according to a report by The Guardian, saying he isn't paid enough to continue performing the role.

Martin T. Sherman, who voices the train engines Thomas, Percy and Diesel in the U.S. version of the show, dubbed Thomas and Friends, posted an open letter on a fan site announcing his decision to quit the series.

“For the last five years it has been my great honor and pleasure to create the American voices of Thomas the Tank Engine and Percy," it said. "Unfortunately, I must now quit the show. It is embarrassing but the reason is that they are paying a very low wage. The terms they are offering are so poor, and this with the immense success of Thomas, that the only right thing for me to do is walk away."

Sherman also noted that he felt taken advantage of by HIT Entertainment, which produces the show.

“I have felt exploited for a while now," he wrote. "I believe it is important to move on from a situation if you are not valued."

Sherman told the Tampa Bay Times that given the success of the show on TV as well as home video -- in addition to the revenue generated by the various products -- he believed he was owed more money.

It's unclear what this means for the future of the show or if the roles will be recast. In the U.S., Thomas and Friends airs on PBS stations around the country as well as on the NBCUniversal-owned 24-hour kids network Sprout. The TV franchise launched in 1984 with Ringo Starr as its first narrator.

Sherman's blog post has since been removed from the site. He told the U.K.'s Guardian that HIT had contacted his agent and threatened legal action if the letter was not taken down.

"I feel so bullied," he said. "Very bullied, and silenced.… I find it ironic that most of the shows that Hit Entertainment puts out are about worlds where good people get rewarded, justice happens, and bad things happen to bad people.”

HIT Entertainment, which also owns such properties as Bob the Builder, Barney the Dinosaur, Angelina Ballerina and Mike the Knight, was sold to Mattel in 2011 for $680 million.

“After a lengthy negotiation period, unfortunately, we could not reach an agreement with Martin T. Sherman and have decided to part ways,” the company said in a statement. “We wish him the best in his future professional endeavors.”