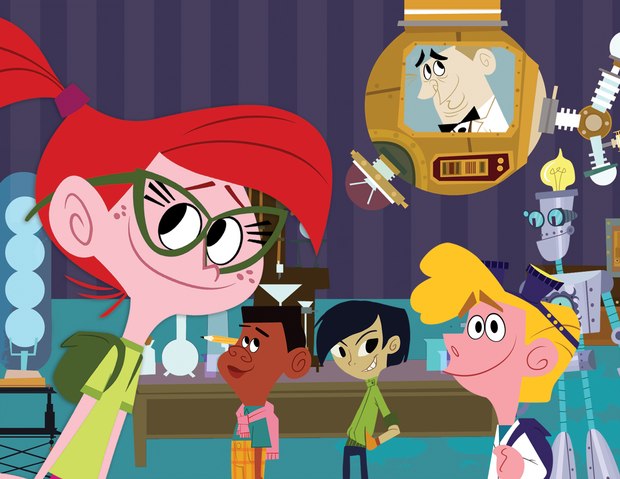 “Thomas Edison’s Secret Lab is full of fun, comedy, exploration and adventure,” said Andy Heyward, Chairman and CEO, GBI. “We’re showing kids how fun science can be and encouraging them to explore the limits of their imaginations.”

The animated series follows Angie, a 12-year-old prodigy and her young science club who accidentally discover Thomas Edison’s Secret Lab – a ‘tricked out’ dream lab equipped with gizmos and gadgets, including two of Edison’s very last inventions: a hologram that brings Mr. Edison himself “to life,” and a virtual reality machine that lets them go anywhere.   It even has a wacky (and slightly nervous) robot called Von Bolt, who becomes part of every adventure. In each of the episodes, Edison encourages and inspires the kids in scientific and technological explorations, including physical science, life science, earth science, space science and other fun and engaging areas.

Kevin O’Donnell is the series co-creator; and Emmy Award-winning Mark Young (All Dogs Go to Heaven 2, Tutenstein) serves as co-producer.

An academic team led by Professor Emeritus, Don Roberts of Stanford, and Dorothy Singer of Yale, have overseen the development, as well as the episodic content to ensure it meets E/I (educational and informational) standards.

Most importantly, Thomas Edison’s Secret Lab will be a fully immersive multi-media property that crosses a variety of platforms to entertain.  An interactive website, digital applications, toys, games, electronics, in-school curriculum and more are all in development.