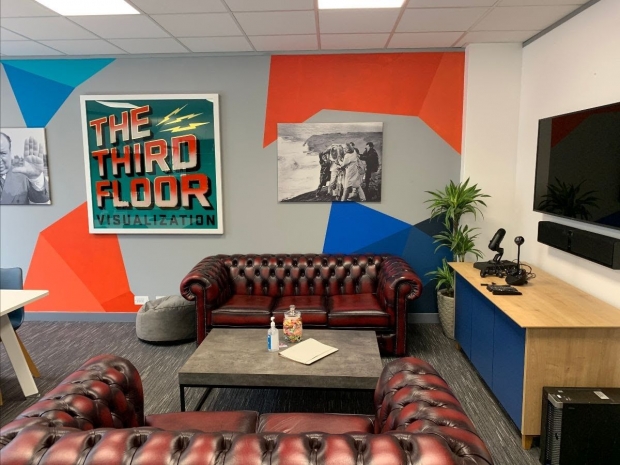 Top visualization studio The Third Floor has opened a now Soho studio in the heart of Fitzrovia, a stone’s throw from their first office on Berners Street. The move completes the studio’s separation from Framestore. The company’s new “bright and quirky” space is designed to reflect its culture and motto of being founded “by artists, for artists.” The London studio includes cutting-edge setups and tech used to frame up ideas in the virtual world that sit alongside hand-drawn wall art of characters from projects in the company’s large body of work.

“This is an exciting time for The Third Floor,” said Tim Keene, managing director of The Third Floor London. “As the film industry picks back up after an uncertain year, we are on hand to provide safe solutions to productions as they get back on set. The shutdown over the summer has given us welcome time to finesse our tools, and reflect on our ambitions for the future, particularly now we are proudly our own entity. The Third Floor has always been about our artists and supervisors, and the high caliber work that we produce, and our team is as strong as ever.”

The company also announced that their virtual production space, based at Pinewood Studios, has also re-opened.  The company has been focused on innovative advancements in virtual location scouting, set planning, on-set visualization and other areas that are helping enable virtual-based practices for future production.