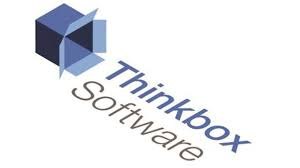 “Deadline 7 enables users to set up a pop-up cloud and compute on-demand, anytime, anywhere. We've created the building blocks for companies that are already rendering locally. Instead of purchasing more computers, Deadline users can spool up resources in the cloud as needed for any application, whether VFX or AEC,” said Chris Bond, founder, Thinkbox Software. “With the VMX Cloud Wizard, users can create a compute farm in the cloud in about 30 minutes, then later expand on this installation or use it as a reference for creating more sophisticated cloud pipelines down the line.”

In addition to enhanced cloud support, Deadline 7 expands support for the “Jigsaw” multi-region rendering feature, which can now be accessed in Autodesk 3ds Max, Autodesk Maya, The Foundry's MODO and McNeel's Rhino. Deadline 7 also introduces Draft 1.2, an update to Thinkbox's lightweight compositing and video processing plug-in designed to automate typical post-render tasks such as image format conversion as well as the creation of animated videos and QuickTimes, contact sheets, and watermark elements on exported images. Key features of Deadline 7 include: