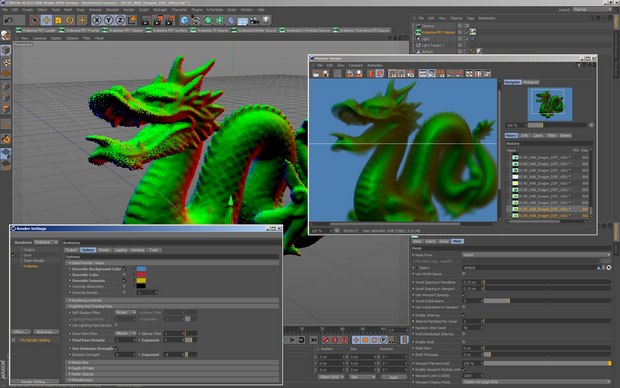 Krakatoa C4D originated as an external effort by Ugly Kids artist Daniel Hennies, who collaborated with a developer to program a bridge to the stand-alone version of Krakatoa (SR) via the C++ API. Upon acquiring the code, Thinkbox refined the Krakatoa C4D feature set for off-the-shelf functionality. Hennies noted, “I was quite overwhelmed by Thinkbox’s positive response to what we created. The tremendous enthusiasm and dedication from Thinkbox was spectacular; the new plug-in will enhance the whole experience for CINEMA 4D users and enable particle enthusiasts to take final quality to a new level.”

“Artists have loved Krakatoa for years so we’re thrilled to extend its functionality to new animation software applications,” said Chris Bond, founder, Thinkbox Software. “CINEMA 4D has a storied history in motion graphics and is a rising star in the creation of feature film VFX; we’re excited to introduce ourselves to CINEMA 4D users and can’t wait to see how Krakatoa is leveraged by talent.”