Updates Include third-party metered licensing with The Foundry’s NUKE and KATANA, and Chaos Group’s V-Ray; a new proxy server; and enhanced monitor features. 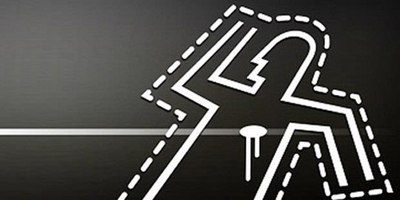 LOS ANGELES -- Thinkbox Software has announced the availability of Deadline 8, software that provides the foundation for organizations to easily manage any combination of local and cloud-based resources, ensuring jobs run efficiently. Deadline 8 introduces on-demand, per-minute licensing for Deadline, Thinkbox’s Krakatoa and Sequoia, and third-party applications including The Foundry’s NUKE and KATANA, and Chaos Group’s V-Ray, with more to be added. On-demand licensing can be purchased via the Thinkbox’s e-commerce portal 24/7, with minutes consumed only while the Slave application is rendering.

“Bringing on-demand licensing to our tools has long been a goal for us, and we’re excited to officially launch these capabilities, along with a slew of other Deadline updates designed to make our customers’ lives easier, whether they want to work locally, in the cloud or both,” said Chris Bond, founder, Thinkbox Software. Deadline 8’s Proxy Server allows users to securely connect to and interact with remote and cloud-based render farms over public Internet without the need for a virtual private network (VPN). For VPNs already in place between remote locations, the Proxy Server can be used to provide a more stable connection over high-latency networks. The latest version of Deadline also features improved Monitor interactivity, with long running operations such as deleting thousands of jobs or configuring hundreds of Slaves now being executed in the background and controlled by a new Background Operations panel that allows users to view, pause and cancel activity. Multiple Monitors are now supported, enabling users to control several farms or offices simultaneously from one screen, and the List panels in the Monitor have been rewritten from the ground up to be more efficient when handling thousands of jobs or Slaves.

Deadline 8 also adds application support for Toon Boom’s Harmony, The Foundry’s KATANA, NVIDIA Iray for Maya, Imagineer Systems’ mocha Pro and UnrealSwarm. For additional stability, application plug-ins and events now run in a clean environment that is separate from Deadline applications. The environment is reset between render jobs, ensuring that any changes made will not impact subsequent jobs. Since applications and events are sandboxed, if an issue were to occur, only the problematic application or event would restart and Deadline as a whole would remain unaffected.

Deadline 8 will be available for purchase May 1, 2016. More information and pricing is available here.