‘They Both Explode’ Now Streaming on Vimeo

Matthew Stephenson’s short hallucinatory tale of a puckish heron and a frog with inviting eyes, They Both Explode, is now available for free streaming on Vimeo. 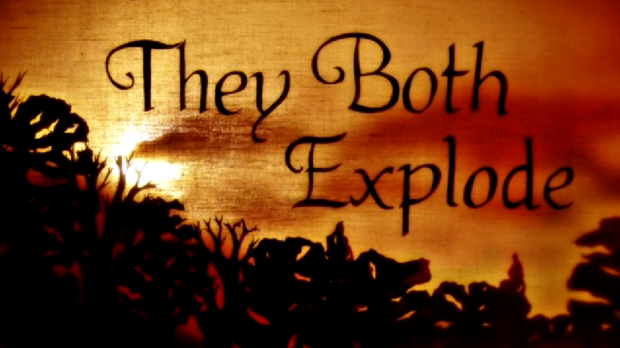 After a year flapping around the festivals, Matthew Stephenson's short film, They Both Explode, is now available to stream for free on Vimeo.

They Both Explode is a short hallucinatory tale of consumption, sorrow, redemption and vomit. A peckish heron meets a frog with inviting eyes. They both explode.

After being Highly Commended at Animated Exeter in February 2013 the film went on to win the Audience Prize at the In Motion Animation Festival in Aberdeen and the Jury Prize at the Long Day Short Film Festival in Alameda California. It also made it into the Official Selection at Annecy. So far the film has screened at festivals in UK, US, Chile, Netherlands, France, Poland, Germany, Slovakia, Slovenia, Armenia, Croatia, Italy and Serbia.

Stephenson made the film mostly out of card and found objects and shot it using a primitive multiplane system made from a desk, some picture-frames and an old pillow case. He used Dragon software and a second hand Lumix FZ50 camera. By day he works as a CG character animator based in the UK.