A new season is in the works for Steve Dildarian’s hilarious musings about an average kid just trying to figure stuff out with the support and guidance of the group of inept grownups that surrounds him. 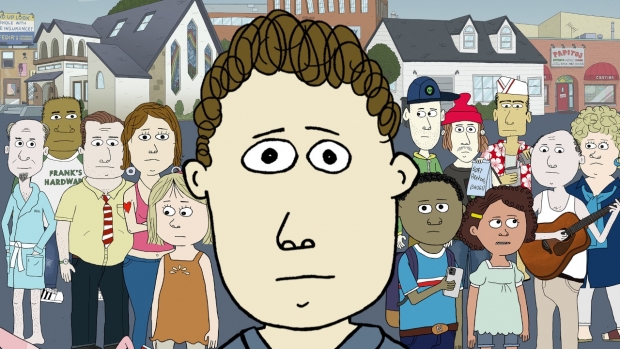 HBO Max has announced the Season 2 renewal of its critically acclaimed original adult-animated series, Ten Year Old Tom. The announcement was made at Rooster Teeth’s RTX festival in Austin, TX. The series is created, produced, directed, and written by Steve Dildarian (HBO’s The Life and Times of Tim). Byron Bowers (Honey Boy) joins the writing team and voices the character of Nelson.

Ten Year Old Tom follows the misadventures of an average kid as he contends with questionable guidance from the well-meaning grownups around him. Being a kid is hard enough for Tom, but when bad influences seem to lurk around every corner – from litigious parents and drug dealing bus drivers to school administrators who want to sleep with his mom – it’s downright impossible. While the adults in Tom’s life certainly mean well, they just can’t manage to lead by example.

“Steve Dildarian has always had a unique and charming way of depicting the pain and hilarity of everyday life,” commented Billy Wee, Senior Vice President of Comedy & Animation, HBO Max. “We love the sincerity and bewilderment of Tom as he navigates the misguided adults around him daily and we are looking forward to more life lessons and mishaps in season two.”