‘Bonfire,’ Baobab Studios’ interactive VR experience voiced by comedian Ali Wong, and ‘A Voice is All You Need” are among animation standouts at this year’s awards. 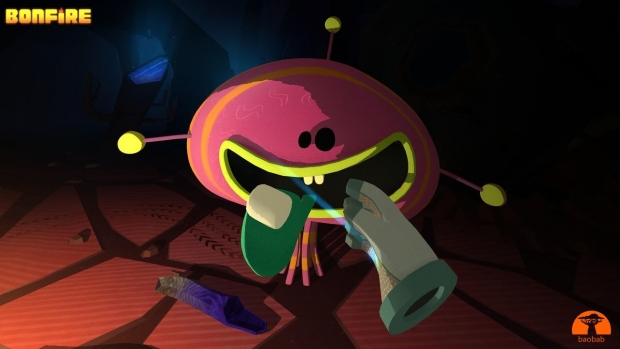 The Telly Awards, which honors video and television made for all screens, has announced their 2020 winners. Animation standouts include Bonfire, the latest interactive VR experience from Emmy Award-winning Baobab Studios, voiced by stand-up comedian, actress, and writer Ali Wong; BUCK’s A Voice Is All You Need for Amazon Music, voiced by Chance the Rapper; and Narratively Creative’s The Story of Your Name, which premiered at the Tribeca Film Festival.

Baobab Studios, a leading independent interactive animation studio led by co-founders Maureen Fan and Eric Darnell, was named the “2020 Gold Telly Winner - Immersive & Mixed Reality Craft-Use of VR” and the “2020 Silver Telly Winner - Immersive & Mixed Reality Craft-Use of Interactivity” for the company’s interactive VR experience, Bonfire. The absurd alien adventure was written and directed by Darnell, who co-directed and co-wrote each of the Madagascar franchise films as well as Antz.

“Gold Winner: Craft — Branded Content” was awarded to BUCK’s A Voice Is All You Need. The animated music video created for the Amazon Music streaming service and voiced by Chance the Rapper is part of an “Amazon Lips” campaign that includes other award-winning animated videos featuring popular names in music. A Story of Your Name, a short film commissioned by 23andMe & Tribeca Studios and produced by Narratively Creative, which premiered at the 2019 Tribeca Film Festival, was awarded “Gold Winner: Craft — Branded Content.”