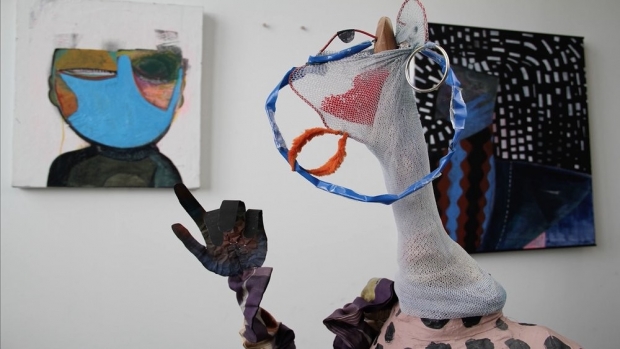 The exhibit includes films highlighting the artistic process and the labor required when artists use tangible materials in their creations, “giving the work form and meaning as chronicles of physical change. The films show how – with the right degree of creative imagination, thoughtful attention, and sustained effort – the world is open to re-invention.”

The show is further described, “As a feature of their formal experimentation, in diverse ways, the films in this screening are richly playful.  They are frequently humorous, full of wit and physical comedy.  They are surreal, oscillating between fantasy and reality, objectivity, and illusion. They are musical, punctuated by syncopated rhythms.  They offer close, poetic observations, attending to the details of everyday life: city scenes, nature, shifts in light and the weather, facial expressions, and relationships between people.  They are also, at times, political, deconstructing ideological illusions through fantastical, even nightmarish, explorations of history and social conflict.”

According to the gallery, “When first previewed at the 2022 San Francisco Art Book Fair, this collection of ‘Works on Paper’ furthermore drew attention to the close affinities and subtle differences between the book and the film – specifically, the book and the analog animated film.  At times, the films in this screening read like presentations of artist books or zines — in fact, one might venture to say, they are — raising the question of the intersection between the two and exploring the creative potential in the liminal space between them.”

“Works on Paper” is free and open to the public. Additional information is available here.