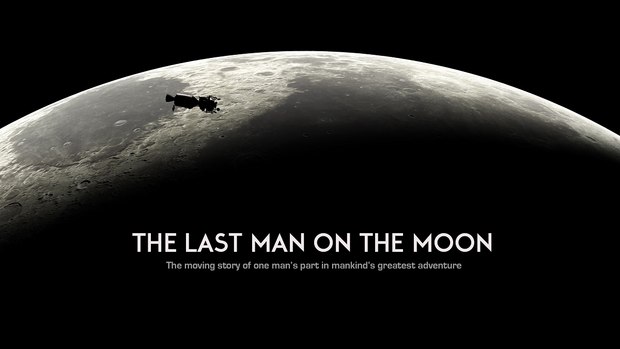 Animation experts from Teesside University have played a major role in a new film about Apollo astronaut Gene Cernan’s epic journey into space.

The Last Man on the Moon shares the memories of the space traveler who left his footprints and his daughter’s initials in lunar dust when he stepped off the moon in December 1972.

Now four decades on, Cernan is sharing his story in this documentary which features interviews and rare archive material, along with stunning visual effects created by the Teesside University team.

Documentary maker Mark Craig spent five years putting together The Last Man on the Moon, with a team from Teesside University working on the special effects led by his partner Penny Holton, Senior Lecturer in 3D Animation.

The visual effects sequences reconstruct Gemini 9 and Apollo 10 missions, using animation to depict the spacecraft during their epic journeys in space.

Michael Ryding, the School’s Head of Digital Enterprise, was also involved by providing invaluable help behind the scenes in making it possible for the University team to work on the film.

Holton, who met Craig while they were both working on a sci-fi project for Channel 4, said: “Mark had read Gene’s book and was keen to tell his story in a film. He made contact with him and eventually went to America to meet Gene, but it was a long process before work started.

“In order to secure the contract for the University I had to show the film’s investors and producers an animation test to show we were capable of delivering a high quality result on time and on budget. Once given the go-ahead, I set about putting together a team to work on the shots. We used [Autodesk] Maya to create all the sequences which is the same software we teach our students.

“We worked painstakingly to ensure technical accuracy of the Saturn 5 and Gemini spacecraft as well as their correct position in relation to the Earth and the Sun. All of the animation was completed at the University, apart from some filming with an actor in a Gemini space suit, which was done in London with Chris and I in attendance as technical advisors. It was an extremely lengthy process, with approval needed at so many stages which added to the time-consuming nature of the work.”

Holton added, “Mark and I took the film to NASA in Houston earlier this year for a screening at Gene’s surprise 80th birthday party. It was seen by Gene, his family and friends, Apollo astronauts and Nasa colleagues. We received so much positive feedback. It was one of the most memorable nights of our lives."