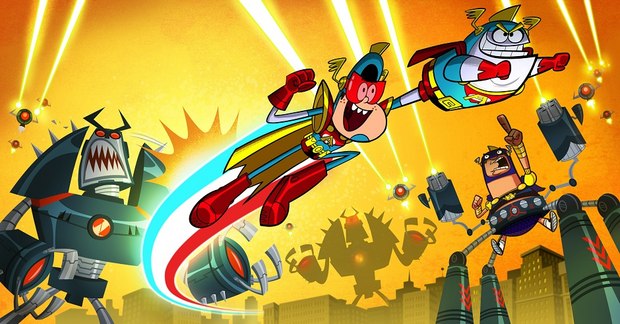 Technicolor, Mercury Filmworks and Gaumont Animation are currently in production on 52 x 11 minute episodes of Atomic Puppet to air on France Télévisions’ France 4 channel in 2016.  France Télévisions rounds out an elite list of previously announced programming partners, where the show will premiere in Canada on TELETOON and premiere in France on Disney XD, as well as a multitude of other Disney XD territories.

“We have an unparalleled creative and production team working on Atomic Puppet, which is reflected in the quality of the production and entertainment value of the series,” commented Steven Wendland, Vice President, Technicolor. “It is a testament to the combined efforts of Technicolor and our production partners, Mercury Filmworks and Gaumont Animation, that France Télévisions shares our enthusiasm for Atomic Puppet and are eager to debut this hilarious new series to their young audiences.”

“We are always on the lookout for truly unique, creative animated comedy series. We think we have found it in Atomic Puppet, a high octane, funny and refreshing series that we believe will resonate with the audience of France 4,” said Pierre Siracusa, Head of animation, France Télévisions

In Atomic Puppet, when Model City’s fearless superhero is transformed into a powerless puppet by his disgruntled sidekick, the hero’s powers are accidentally transferred to his biggest fan, 12-year old Joey Felt. Together the two form an awkward and comedic partnership as they strive to become the city’s greatest superhero team.

Atomic Puppet was created by animated television writer Mark Drop (Johnny Test, Jake and the Never Land Pirates) and writer/creator Jerry Leibowitz (The Mouse and the Monster).  In Canada, the series was developed by John Derevlany (Lego’s Legends of Chima) and Brad Birch (Johnny Test), who also serves as Executive Story Editor, and overseen by Mercury Filmworks’ Director of Development Travis Williams (Total Drama Island).  In France, Thierry Rivard leads the co-production on behalf of Technicolor, and development in France was led by Paris-based Heath Kenny, Creative Director for Gaumont Animation.