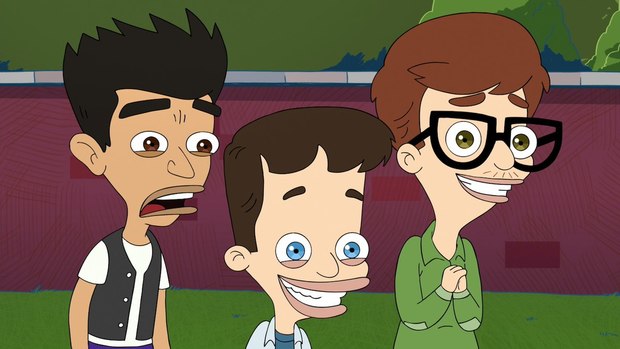 Netflix has unwrapped a new teaser and images for Season 2 of Nick Kroll’s Big Mouth, along with an announcement on Twitter that the new season will premiere on October 5.

The adult-skewing animated series, which was renewed for 10 episodes in October, follows a group of now-seventh graders navigating the rocky world of puberty, with all the awkward self-discovery and self-awareness that entails.

The voice cast is led by Kroll alongside John Mulaney, Maya Rudolph, Jason Mantzoukas, Jordan Peele, Fred Armisen, Jenny Slate and Jessi Klein. The new season will also include Gina Rodriguez (Jane the Virgin) as the first girl in middle school to develop breasts, and David Thewlis as The Shame Wizard, The Hormone Monster’s mortal enemy who haunts the kids by stoking their deepest shame.