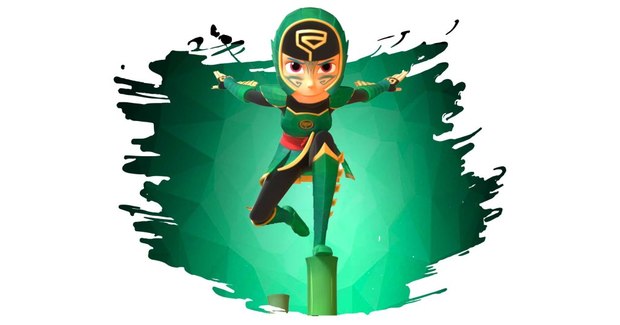 Leading European kids entertainment studio TeamTO has announced a five-series output deal, over an impressive ten years, with leading Chinese kidsco Uyoung. The partnership, which follows the recent acquisitions of TeamTO animated comedies Mighty Mike and My Knight & Me, will kick off with the co-production of the girl super hero action show, Jade Armor.

“TeamTO is one of the most interesting and innovative studios in the industry today, as we know from acquiring Mighty Mike and My Knight & Me,” stated Uyoung’s Clara Yang. “We are really looking forward to working together for many years to create more shows of this extraordinary quality, humor and perfection -- starting with Jade Armor.” Jade Armor (26 x 26) is a girl-superhero action-adventure comedy starring a normal teen who gains epic powers with her family’s ancient suit of Jade.

My Knight and Me (52 x 11), a hit medieval comedy series aimed at 6-11 year olds, co-produced with Canal+ Family and TéléTOON+ (France), SuperRTL (Germany), VRT-Ketnet and RTBF OUFtivi (Belgium), and sold across the globe to: Hulu (US), Cartoon Network (worldwide), and Family Channel (Canada), among others.

“We are very pleased to be partnering with Uyoung,” added TeamTO president Guillaume Hellouin. “As one of the largest kids companies in China today, Uyoung have the relationships and expertise necessary to place our shows on the best platforms -- in China, Hong Kong, Macau, and Singapore -- both on television and licensing. We look forward to a long and rewarding partnership.”

Negotiated through its Beijing office, the far-reaching agreement is a direct result of TeamTO’s strategy to expand into China by setting up a local office in 2016. Headed by international executive SHU Ye, TeamTO Beijing was established to develop partnerships with Chinese animation companies with the goal of co-producing premium content for global audiences.

The creation of the Beijing office followed the setup of an LA office in 2011, and was most recently followed by the addition of Canadian Kids exec Mary Bredin as Creative Development Producer. As with the LA and Beijing offices, the collaboration with Mary is part of TeamTO’s strategy to secure the broadest possible access for TeamTO and its pioneering content in all global markets.