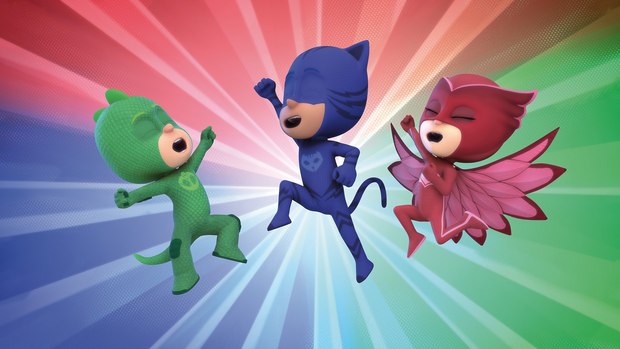 ANNECY, FRANCE -- Leading French CGI studio TeamTO has been confirmed as the production studio behind the second seasons of two high-profile animated series: Activision’s hotly anticipated Skylander’s Academy and eOne’s preschool smash PJ Masks, produced by eOne and Frog Box, in collaboration with Disney Junior and France 5. The first season of both series were also produced in the renowned studio.

TeamTO is fast becoming one of the most influential and accomplished CGI studios in the industry, both as a result of the widely recognized quality of its animation, and also the innovative technology developed and used in its studio.

TeamTO is headed by creative executives Guillaume Hellouin and Corinne Kouper, with 30 years of experience and a slew of industry Awards between them, including four Emmy Awards. Prior to TeamTO, the pair launched their place in the world of animation at SPARX, where they produced the ground-breaking series Rolie Polie Olie for the Disney Channel, the first ever preschool show to be produced in CGI.

Since founding TeamTO 10 years ago, Hellouin and Kouper have set up two state-of-the-art  studios in France and two field office in LA and Beijing. With a staff of 250 creatives in its own studios, TeamTO is able to keep its entire production pipeline in France thereby ensuring the remarkably high quality of its animation. It also implements a sophisticated cinematic level pipeline process in the production of its TV series (which the company developed itself while producing feature film Yellowbird), further contributing to the extraordinary look of its TV shows.

TeamTO’s productions have been broadcast on top kids channels across the globe, from Cartoon Network, Nickelodeon and the Disney Channel to Netflix, TF1 and Super RTL. These include their own original Emmy-nominated IPs Angelo Rules, My Knight and Me, Oscar’s Oasis, and the feature film Yellowbird, as well as Activision’s Skylander Academy, Disney’s Sofia the First, Ubisoft’s Rabbids Invasion, Nelvana’s Babar and the Adventure of Badou, 41 Entertainment’s Pacman, and Gaumont’s Calimero.