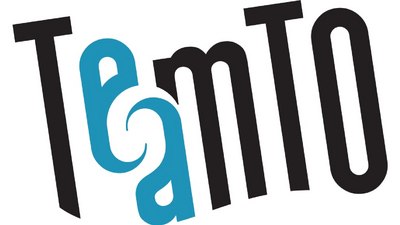 PARIS & BOURG-LÈS-VALENCE, FRANCE -- French CGI studio TeamTO has announced the opening of a brand new production facility in Bourg-lès-Valence, France. The move will see TeamTO’s existing operation in Bourg-les-Valence, which has grown tenfold since its establishment in 2008, upgraded to a world class, state-of-the-art operation.

Guillaume Hellouin, Founder and President of TeamTO commented, “We are absolutely thrilled to be opening this new studio in Bourg-lès-Valence. What a journey it has been since 2008! From a team of 23 animation “pioneers” we created a permanent studio of 150 people today, which will increase to 220 by the end of the year. The new facilities are at the forefront of technology, providing our animators with an extremely rare level of ergonomic work conditions. It has everything imaginable to attract and develop the talent which will be at the heart of our series and films.”

At 11,000 square feet, the new studio doubles the current capacity of TeamTO’s Paris studio and by year’s end will accommodate 60% of its 380 strong staff. Situated within La Ca rtoucherie, a complex that houses another animation studio and the elite animation director’s school La Poudrière, TeamTO’s new facility enjoys steady access to an impressive pool of talent drawn to the dynamic area.

TeamTO’s CGI production process, aimed at an international audience, is handled entirely in its own studios allowing it to closely control quality at every stage, resulting in some of the most sophisticated and renowned CGI production in the market today. These results have led to a raft of international projects with some of the industry’s most prestigious studios, such as eOne (PJ Masks), Disney (Sofia the First), Ubisoft (Rabbids Invasion), Bandai (Pacman), Nelvana (Babar and the Adventures of Badou), and Gaumont (Calimero), among others.

TeamTO also invest heavily in R&D, developing faster and better functioning tools to keep the artistic process at the core of its process. Their 20-person R&D team stays at the top of its field by, among other things, collaborating regularly with the Grenoble INRIA technology center to develop new research projects.

TeamTO’s French operations are supported by an LA office, headed by Leonora Hume, which manages relationships with US studios and talent, and also works at identifying and developing international finance and production opportunities.

TeamTO’s new facility will continue its sustainable approach to production, in particular using green energy and managing the waste of electrical and electronic equipment (D3E). TeamTO adheres to ECOPROD, whose objective is to make audiovisual and film production more environmentally responsible. In this context, it has contributed to the development of a carbon calculator specific to the animation production. Their original 2012 IP Plankton Invasion was the first animated series to list the value if its carbon footprint in its credits.