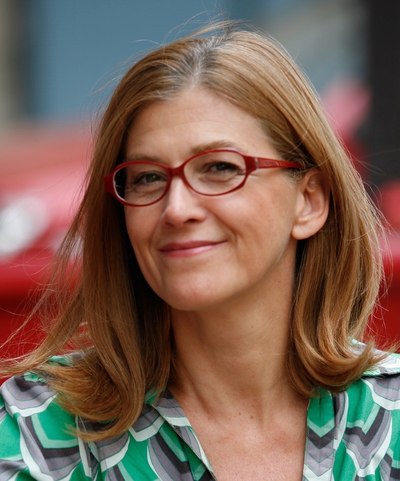 PARIS -- Guillaume Hellouin and Corinne Kouper, founding managers of TeamTO, have announced the promotion of Patricia de Wilde to Director of Marketing and New Business for the entire TeamTO group.  The appointment is the latest in a series of strategic moves made by the company in response to the doubling of its studio’s activities and facilities in 2015.

Guillaume Hellouin, President and CEO of TeamTO, commented, “I am delighted to welcome Patricia to the heart of our team. Her experience in licensing at prestigious companies such as Marathon Media and Zodiak Kids will be hugely valuable to TeamTO’s mission going forward. Patricia will be responsible for developing the overall marketing strategy for the studio, as well as the development of new media and interactive. To this end she will manage distribution and oversee public relations.”

The new appointment marks de Wilde’s role as a consultant for the past year, transition to a permanent staff position. Originally de Wilde joined the company to assist in the distribution and launch of Yellowbird, the studio’s first animated film featuring the voices of Seth Green, Elliott Gould, Christine Baranski and Dakota Fanning. The film was distributed in over 35 countries, including the US. She also oversaw the launch of three other original IP’s from TeamTO’s growing slate: Take it Easy Mike (presented at Annecy); HeroEek! (a Cartoon Forum official selection); and the third Season of Emmy-nominated Angelo Rules (launched at Mipcom Junior together with distribution partner Cake Entertainment).

de Wilde comes to TeamTO with over 20 years of experience in distribution, marketing, production and licensing. Prior to TeamTO, she held the position of Senior Vice President, Consumer Products, at Zodiak Kids and Marathon Media for ten years. Before that she worked at VIP Licensing, Colombia Tristar International TV Distribution, Tele Images and Canal +.  In addition to her extensive career experience, Patricia also helped set up the French Licensing Association (F2D2), serving as its President for two years.

TeamTO is a global CGI animation studio behind some of the most visually striking series in the market from the industry’s top studios, including PJ Masks (eOne), Sofia the First (Disney), Rabbids Invasion (Ubisoft), Pacman (Bandai), Babar and the Adventures of Badou (Nelvana/TeamTO), and Calimero (Gaumont).

TeamTO has two production facilities in France (Paris and Bourg-lès-Valence) with a staff of 380. The French operations are supported by an LA office, headed by Leonora Hume, which manages relationships with US studios and talent, and also works at identifying and developing international finance and production opportunities.