Team Generous Travels to North America for Habitat for Humanity

Danish non-profit to gather 12 artists for two weeks to design, animate, create and produce a short film expressing the heart of Habitat’s intention and community service. 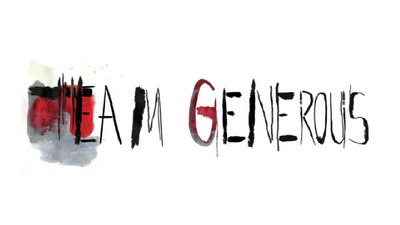 Danish non-profit organization Team Generous creates short animated films for charities using their talents and professional expertise to help make the world a better place. To date, they have produced films benefitting Save the Children, Medics without Borders, and World Wildlife Fund Denmark. Team Generous has announced that their 2014 project is for Habitat for Humanity Canada.

This September, the organization will gather 12 artists for two weeks to design, animate, create and produce a short film expressing the heart of Habitat’s intention and community service. The film is a gift back to the charity for their use, and Team Generous is raising funds to make it through their Kickstarter campaign.

This is the first time Team Generous is hosting an event outside its home country of Denmark. It will happen in North America. Volunteer artists will be collaborating to create and produce the piece in just 2 weeks, from September 14-28, 2014. The finished animated short film premiers early October in celebration of UN World Habitat Day. Team Generous is asking for support to gather, house and feed the participating artists. People backing the project can help make a difference for Habitat for Humanity Canada and beyond!

Habitat for Humanity Canada is very excited about the short film and its potential impact on visibility, awareness, and outreach. Team Generous is donating the film to benefit them in their ongoing education and marketing efforts. In order to enable film industry professionals to volunteer for a short time to make this high quality film, Team Generous hosts and covers the production’s costs. Many of the event needs are being met by in-kind donations from generous sponsors, but they still have hard costs to meet--they cannot do it without additional financial support.

Team Generous is appealing to civic-minded, charitable people for help via their Kickstarter campaign. Donations will be used for travel costs, accommodations, food, and art materials. Together, Team Generous believes we can all ‘make a film make a difference.’ In return, backers receive reward gifts including artwork from the film, special thanks and credits, and more! The Kickstarter campaign ends this coming Sunday, August 24, 2014.