Since coming to TBS in mid-October, the animated series has ranked as one of basic cable's top three entertainment programs in the Monday 9 p.m. timeslot with adults 18-34. 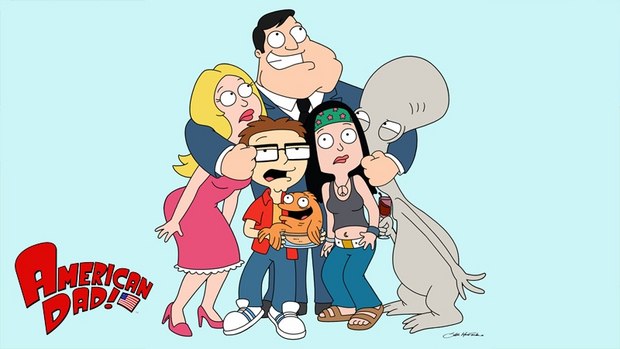 TBS has ordered a new 22-episode season of Twentieth Century Fox Television's animated hit American Dad!, which is currently in the midst of its first season as a TBS original. Created by Seth MacFarlane, Mike Barker and Matt Weitzman, American Dad! is executive-produced by MacFarlane, Weitzman and new showrunner Brian Boyle. The series airs Mondays at 9 p.m. (ET/PT) on TBS, with encores presented by sister network Adult Swim.

Since coming to TBS in mid-October, American Dad! has ranked as one of basic cable's top three entertainment programs in the Monday 9 p.m. timeslot with adults 18-34 and one of the top five entertainment programs in its timeslot with adults 18-49. The current season is averaging 3.1 million viewers in combined audience for each week's premiere on TBS and encore on Adult Swim.

"We are thrilled with American Dad!'s performance to date and are confident the show is going to continue its tremendous success," said Deborah K. Bradley, executive vice president, head of program acquisitions, content strategy and licensing for Turner Broadcasting System, Inc. "By ordering a new season while the current season is early in its run, we're ensuring that Seth MacFarlane and his team will have the freedom to take the misadventures of the CIA agent Stan Smith and his family to a whole new level."

"TBS has been a spectacular home for this terrific series, and its continued success is a testament to the brilliance of the show, as well as the passion of the network," commented Jonnie Davis, Twentieth Century Fox Television president of creative affairs. "We join the loyal fans of American Dad in hoping this is the first of many renewals because Seth, Brian and Matt have many more stories to tell."

The Smith cabinet is rounded out by two rather unconventional members: Roger (MacFarlane), the sassy, sarcastic and routinely inappropriate space alien who is constantly trying on new disguises and, with them, new personalities, and Klaus (Dee Bradley Baker), the attention-starved goldfish with the brain of a German Olympic skier.