‘Talking Tom’ on the Lookout for New Friends 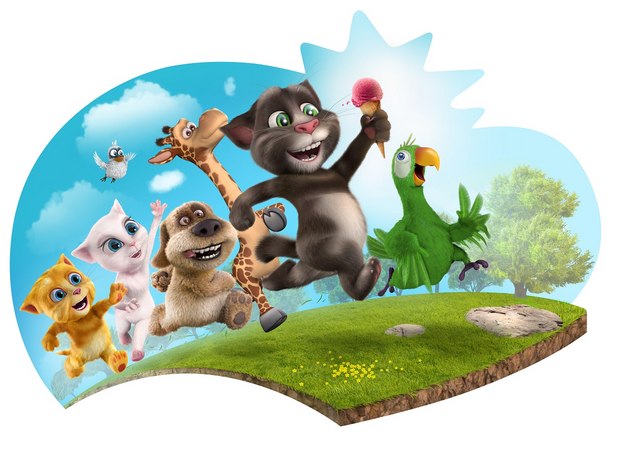 London, UK -- Outfit7 Limited will meet with industry leaders and distributors at the Kidscreen Summit in Miami this month armed with its all-new 3D CGI animated series Talking Tom and Friends.

Dominating the global top spot in the digital sphere as a family-friendly entertainment juggernaut, Talking Tom and Friends has achieved over 2 billion mobile downloads and 1.4 billion YouTube views in just over four years.

The brand new 52 x 11’ CGI animated series Talking Tom and Friends, chronicles the adventures, hijinks, and inventions of Talking Tom and gang as they shoot their own reality television show.

“There is no doubt that the Talking Tom and Friends characters have made an indelible mark in the global mobile arena,” said Samo Login, Co-Founder and Chief Executive Officer, Outfit7. “We’ve assembled an incredible creative team of writers, animators and producers to help these much-loved characters transition from the digital world to the small screen for audiences to enjoy in an exciting new way.”

Fans and social media followers of the franchise got a ‘sneak peek’ of the Talking Tom and Friends series in late December 2014, when the prelude episode was launched. In less than a month, the number of YouTube views of the episode had catapulted to over 10 million, further illustrating the characters’ global reach and popularity.

Armed with cameras, tech gear, loads of ideas, and an unfailing sense of optimism, the animated series follows Tom and the gang as they make their own show from the (relative) comfort of Tom’s garage/app studio! Although their adventures and inventions never quite turn out the way they planned, together Tom, Angela, Ben, Hank and Ginger are unstoppable!