‘Tale of Princess Kaguya’ to Kick off Annecy 2014

One of the great names in Japanese animation, Isao Takahata, kicks off Annecy 2014 with a screening of his latest film, The Tale of Princess Kaguya. 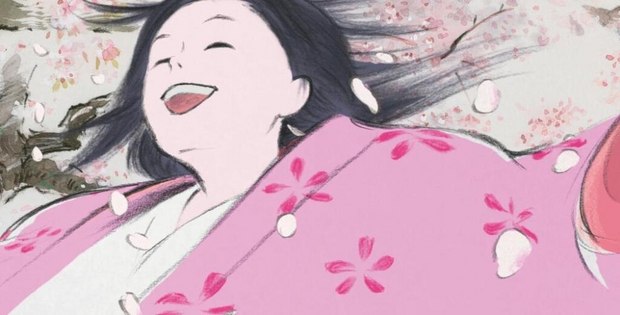 Organizers for the 2014 edition of the Annecy International Animation Film Festival have announced that one of the great names in Japanese animation, Isao Takahata, will kick off the festival with a screening of his latest film, The Tale of Princess Kaguya. The screening is set for Monday, June 9, with Takahata in attendance. Annecy runs this year June 9-14, 2014.

The feature has been adapted from a founding text of Japanese literature that tells the story of a tiny princess, Kaguya, "the shining princess," who is found in a bamboo stalk. She quickly turns into a beautiful young woman, who is coveted by the greatest princes ready to face impossible challenges to win her hand.

Isao Takahata decided on a particular artistic look for this film, where the characters are simply drawn in colored pencils and set in watercolor backgrounds.

Annecy 2014 will be giving Isao Takahata an Honorary Award to celebrate his career and contribution to animation.

“Filmmaker of an exceptional scale, Mr. Takahata is also a great humanist whose work has become a reference for those who believe in the greatness of animation as a cinematic art form," commented Festival Artistic Director Marcel Jean.

Born in 1935 and a fan of the work of Jacques Prévert and Paul Grimault, Isao Takahata started out at the Toei Animation studio in 1959. He then took part in the creation of Studio Ghibli in 1985, with Hayao Miyazaki, who he has been working with since the end of the 60s. Some of his highly acclaimed features include Grave of the Fireflies (1988), Pompoko (1994) and My Neighbours the Yamadas (1999).