Toronto-raised filmmaker Domee Shi will make a presentation on the making of the short, which screens in front of ‘Incredibles 2.’ 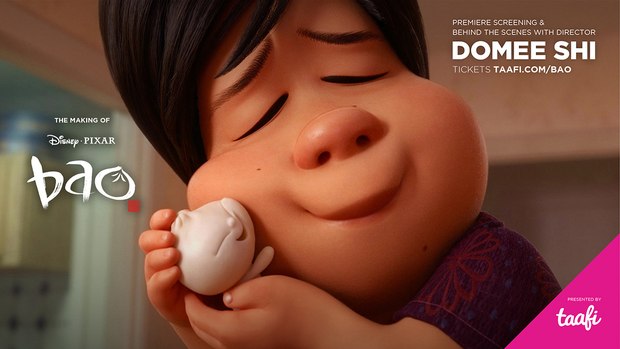 Toronto Animation Arts Festival International will screen the new Pixar short ‘Bao’ with a presentation on its making from director Domee Shi.

The screening and talk will be held June 11 at the Cineplex Cinemas Yonge-Dundas at 7 p.m.

“We are very excited to host up-and-coming director Domee Shi,” said Barnabas Wornoff, chair of TAAFI. “Not only do we get to celebrate the fact that Domee is Canadian, but we get to elevate diversity within the industry.”

Bao will screen before Pixar's Incredibles 2, which opens in theaters June 15. In Bao, a mother wrestling with empty nest-syndrome hatches a fantasy in which one of her handmade dumplings comes to life.

Shi was born in China and moved to Toronto when she was 2-years-old. She graduated from Sheridan College’s Animation program and, following an internship at Pixar, Shi was a storyboard artist on Inside Out, The Good Dinosaur, Incredibles 2 and Toy Story 4. Shi is developing a feature film with Pixar based on one of her concepts.