The one-day workshop brings Skyship Entertainment and puppetry professionals Trish Leeper and Kathryn Durst to explore the relationship between animation and puppetry skills. 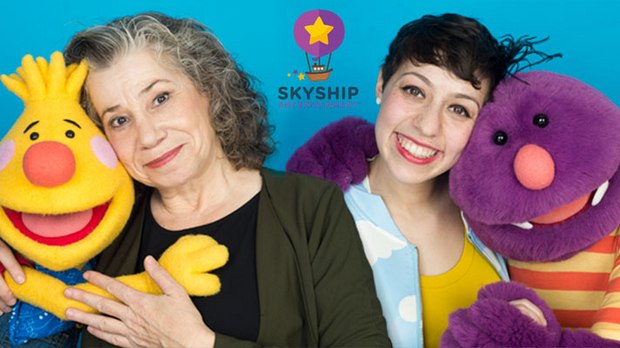 TORONTO, ON -- The Toronto Animation Arts Festival International (TAAFI) has announced a partnership with Skyship Entertainment to host an exclusive workshop called Puppetry for Animators: Animating the Inanimate. Led by industry veterans Trish Leeper (The Muppets, Fraggle Rock) and Kathryn Durst, who has worked with Pixar Animation Studios, the workshop runs on Saturday, July 22 from 9am–5pm. The workshop will be hosted at the Skyship Entertainment’s studio space.

“This year is different for TAAFI and with the industry constantly shifting and growing, we wanted to find a way to train animators differently,” said Ben McEvoy, TAAFI executive director. This workshop is a natural fit for the industry said Skyship Entertainment executive producer Morghan Fortier: “Working on both animation and puppeteering content at Skyship, we discovered that there’s a natural transfer of skills between animation and puppeteering. Our workshop connecting these two worlds will be an interesting way to expand the animation skill set into a more physical art form. And it’s really fun!”

With only 25 spots, this exclusive, hands-on workshop will involve various exercises with puppet manipulation - from acting to the use of props. Puppetry for Animators covers strategies that animators can use to master the illusion of effort and weight by exploring basic puppetry technique while still applying the principles of animation. As well, the workshop strives to train attendees to hone their skills in crafting characters through physical puppets.

For more information about the event, please visit the website.

About Animating the Inanimate:

WHAT: Puppetry for Animators: Animating the Inanimate
WHEN: Saturday, July 22, 2017 9am–5pm
WHERE: Toronto, ON: exact location will be announced to ticket holders.
WHO: Studios and attendees may register at http://taafi.com/puppet-workshop/

*Plus applicable fees and taxes