Kingdom of Something and artist Rafael Varona team up with the musicians, competing head to head, using ASUS ROG Zephyrus Duo 15 laptops to produce music and animation for four 30-second videos being judged by fans on Republic of Gamers. 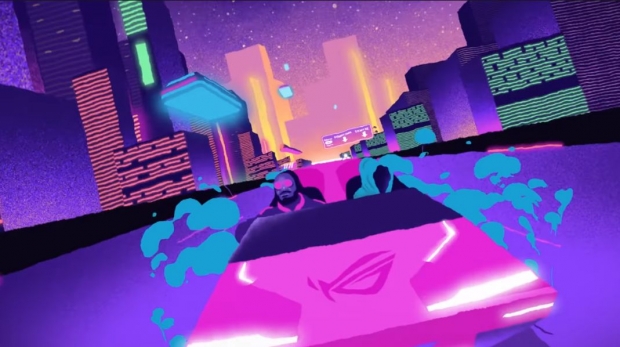 Rafael Varona and Kingdom of Something have teamed up on a new ASUS Republic of Gamers’ “Art of the Duo” campaign, pairing with rapper T-Pain and DragonForce guitarist Herman Li in a music and animated video competition. The four are paired into two teams going head to head to produce a series of four 30-second creative video clips being voted on by members of the Republic of Gamers gaming community, who will be considering aspects of the videos, choosing music, themes, and more.

In the campaign, Varona and T-Pain go up against Kingdom of Something and Li, using ASUS ROG Zephyrus Duo 15 laptops to create the music and animation for the four shorts.

There are four rounds to the campaign, three concluded so far, with fans currently voting on the third video.

Watch the most recent Art of the Duo head to head competition – “Future”:

Herman Li x Kingdom of Something

Varona is an Illustrator, animator, and art director who has worked with some of the world’s most innovative brands to bring his artistic designs to life, including Pepsi, Google, and the Washington Post.

Kingdom of Something is a team of animators, headquartered in Amsterdam, with a wide range of artistic styles and prowess. Their clients include KFC, Adidas, and Mastercard.

T-Pain is an American rapper, singer, songwriter, and record producer known for his distinctive vocal sounds.

Li, a British Chinese musician, is one of the two lead guitarists for power metal band, DragonForce. All of the videos and more info on the campaign, including winners and more information about the artists, can be found here: https://rog.asus.com/campaign/ROG-Art-Of-The-Duo/#vote