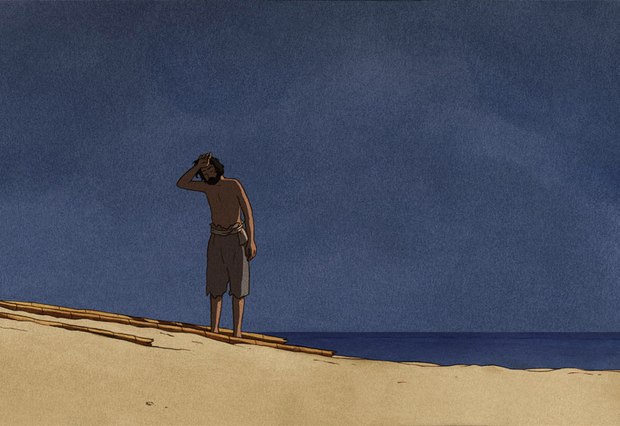 A synopsis and the first image have emerged from The Red Turtle, the forthcoming animated feature by the Oscar-winning director of Father and Daughter.

After a lengthy gestation period, Dutch director and animator Michaël Dudok de Wit has assembled an international production team to develop his first animated feature, The Red Turtle. The film follows the filmmaker’s Academy Award-winning short Father and Daughter (2000) and the Oscar-nominated The Monk and the Fish (1994).

Written in collaboration with Pascale Ferran, The Red Turtle is a co-production between Arte France Cinéma, Why Not Productions, and Wild Bunch in association with Studio Ghibli. Studio Prima Linea is executive producing.

The film’s story, according to the official synopsis from Arte France Cinéma, takes place after a shipwreck. The film follows the castaways through the major stages of life as they find shelter in a deserted tropical island populated only by turtles, crabs and birds.

Dudok de Wit remains faithful to 2D charcoal animation, and states that the film “shows a deep respect for nature, including human nature, and it conveys a sense of peace and awe before the immensity of life.”

Watch trailers for Father and Daughter and The Monk and the Fish, below: