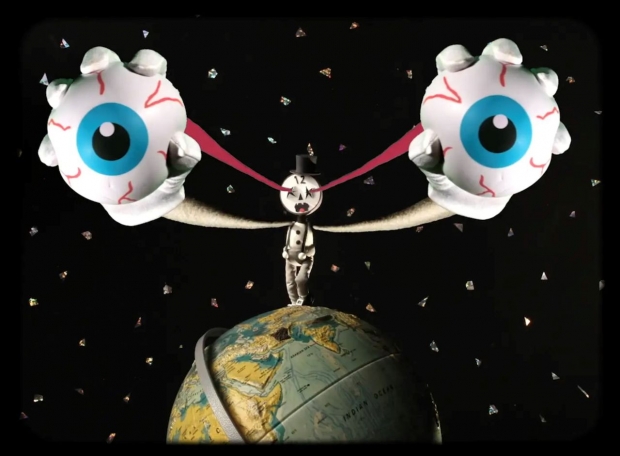 SYFY is expanding its late-night animation block slate with a number of projects, including a pilot greenlight for Psycho Psalms, from LA-based creative studio Open The Portal. Directed by CalArts alums David Braun and Nicholas D'Agostino, Psycho Psalms is a stop-motion dark comedy following 1940s D-List cartoon character Timecrow and his misfit costars, as they attempt to navigate our postmodern Internet hellscape after being yanked through a portal to our present day. These offbeat characters will take you to a dark place, but they won’t leave you there. The production team is working safely and remotely, which seems quite a feat for a stop-motion show.

The Timecrow will be taking control of Open The Portal’s Instagram page for the next several days in honor of our special series, “The Timecrow: An Animated History.” Feel free to ask him any questions you wish in the comments. Answers received (while not guaranteed), will be directly addressed by the Timecrow. #timecrow #psychopsalms #stopmotion #stopmotionpuppet #trianglevortex

According to Deadline, SYFY also ordered or greenlit the following projects:

Open the Portal formed in 2015 with a focus on classic stop-motion animation and original music united as a singular organism. Previously having created professional work for clients like Disney, Adult Swim and Mattel, OTP’s original short films have premiered and won awards at Sundance, SXSW, AFI, LA Film Fest, and more. Open The Portal is repped by Circle of Confusion, and is currently in development on two additional animated series.