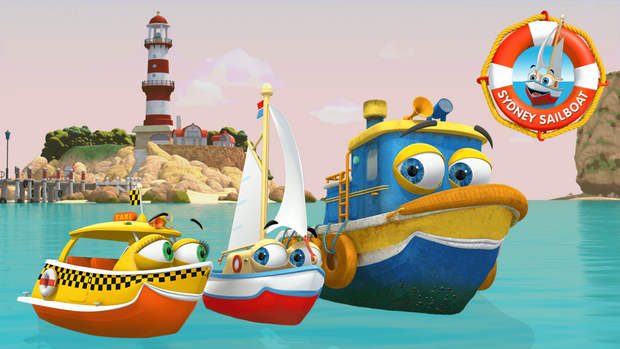 TORONTO, ON -- Sydney Sailboat will begin streaming exclusively on Hulu beginning September 26th this year. The streaming service acquired the exclusive U.S. SVOD rights to the series in a new deal announced by Tatiana Kober of Bejuba! Entertainment.

Pre-school series Sydney Sailboat airs on NBCU’s Sprout in the US and was commissioned by ABC KIDS in Australia. It is produced by Essential Media and Entertainment, Ideate Media, Telegael, and Lemon Sky in association with Shambles Communications. Sydney is a plucky young sailboat who dreams of one day heading out to explore the mysterious Big Blue Sea. Together with his best friend Zip, the trainee water taxi, they live in Bubble Bath Bay, a bustling harbor full of fellow watercraft where adventure and excitement are just a gust of wind away!

“Right away, Hulu was excited by Sydney Sailboat and we’re delighted they were keen to take it exclusively,” remarked Kober.

Carmel Travers, Producer and Head of Family Entertainment at Essential Media commented, “Sydney Sailboat is making a splash in Australia and throughout the world. We’re thrilled Hulu jumped on board for US streaming. The show is a ratings hit on the ABC KIDS linear platform and an additional 1 million plus views on ABC KIDS catch-up service iview this year alone. It’s now screening in the UK and fifty other territories on the Sony Tiny Pop platform.”