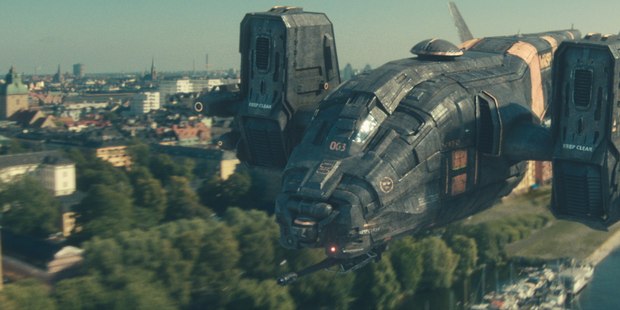 Stockholm-based Goodbye Kansas Entertainment Group has announced the launch of their new U.K. studio to help deliver their unique smorgasbord of talents and services to filmmakers, marketers and games developers across the U.K. and Worldwide.

The newly-formed team have recently been hired to work on the upcoming movie Suburbicon, directed by George Clooney and written by the Coen Brothers. The film is a black comedy set in the 1950s and set for release in 2017.

The Goodbye Kansas Entertainment group is made up of Fido, Black Studios and Imagination Studios.

Imagination Studios provides professional motion capture, 3D animation and previsualisation. The studio has contributed to the success of many AAA game titles including Battlefield, Dragon Age, God of War and the Hitman series.

The launch of the Goodbye Kansas UK is a significant milestone for the Goodbye Kansas Group. The UK studio will have direct links to the Stockholm studio and utilise the company’s highly refined pipeline and infrastructure and wealth of creative talent.

“We are incredibly excited to launch the UK studio to better serve our clients in the UK and beyond,” said James Prosser. “Our depth of experience in VFX, full CG animation and motion capture, combined with our internal technological development allows us to meet the demands of the most complex projects across film, TV, advertising and games.”

"The London opening is a significant step forward for the company and we’re delighted to welcome them to the Goodbye Kansas family,” said Peter Levin, CEO and Co-Founder of Goodbye Kansas. “The highly-skilled team have a proven track record of creating ground-breaking VFX work and this combined with Goodbye Kansas’ talent pool and infrastructure means we can continue to push the boundaries and provide a service that’s second to none."