New series based on Tove Jansson’s beloved characters to be produced under Oscar-winning animation director Steve Box, who will also lead the writing team. 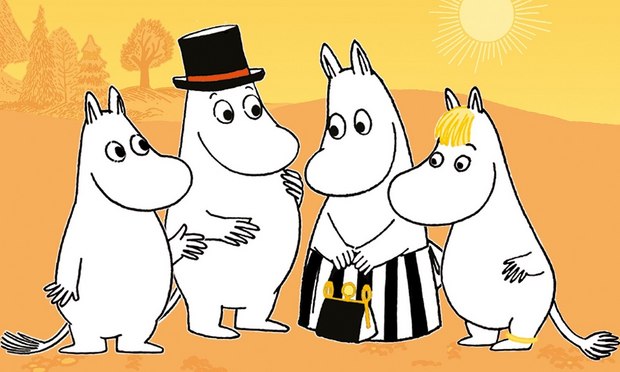 Tove Jansson’s beloved characters, the Moomins, are set to entertain a new generation of children in an all-new series based on the popular books. Filmlance International, the production house behind the Scandanavian thriller Bron (The Bridge) and part of part of independent production group Endemol Shine, has entered into a licensing agreeing with Bulls Licensing and Moomin Characters to develop the series, and will also work closely with Tove's niece, Sophia Jansson, to ensure the new series captures the charm of the original.

“At Moomin Characters we are tremendously happy that we have been presented with this opportunity to work with Filmlance, Endemol Shine Group and such a fantastic creative team,” Sophia Jansson said. “I am very confident that in their hands the Moomins will become something new and wonderful, created with great respect for Tove's original stories and characters.”

Filmlance managing director Lars Blomgren will serve as executive producer alongside creative director Marika Makaroff and animation director Steve Box (Wallace and Gromit: The Curse of the Were-Rabbit). The Oscar-winning Box will also lead the writing team, whose staff will include BAFTA and Emmy-nominated Mark Huckerby and Nick Ostler (Peter Rabbit, Danger Mouse) and story consultant Laurie Hutzler. Cate Elliott (Charlie and Lola, Me & My Monsters) and 2014 BAFTA winner John Woolley (Shaun the Sheep) will produce. Distribution will be handled by Endemol Shine International.

“The series will honour Tove Jansson’s original style of illustration, as well as the original stories, while utilizing the latest techniques and bringing those stories to present day,” Makaroff commented.

Created by Tove Jansson in 1945, the Moomins book series has produced 13 titles and 73 comic strips published in more than 40 countries. The most recent film adaptation, Moomins on the Riviera (2015) received widespread critical acclaim. The characters have also inspired three TV adaptations, most recently in 1990.