The School of Visual Arts announces the presenters for the 25th Annual Dusty Awards taking place May 13 which includes a variety of names from the world of film and animation including Randall Emmett, Yvette Kaplan, and Ralph Bakshi. 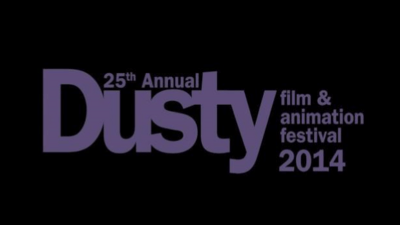 The School of Visual Arts (SVA), celebrating its 25th Annual Dusty Film & Animation Festival and Awards, taking place May 10-13, 2014, culminates with an awards ceremony on Tuesday, May 13 at 6:30pm at the SVA Theatre (333 West 23rd Street) and features a full roster of names from the world of film and animation.

“We are thrilled to announce this year’s Dusty presenters,” said Reeves Lehmann, chair of the BFA Film and Video and BFA Animation departments at SVA. “With these, our 25th annual awards, we celebrate the many successes of our filmmakers and animators of tomorrow, along with an illustrious roster of SVA friends and allies from the world of film and animation.”

“Our annual festival, culminating with our awards ceremony, receives industry-wide recognition and is considered one of the top student film festivals in the country,” stated Annie Flocco, festival producer, SVA faculty member and independent producer. “Year after year, the program brings attention to extraordinary work by SVA students and proves to be a launching pad for many professional careers.”

The 25th Annual Dusty Film & Animation Festival screenings are scheduled for Saturday, May 10 through Monday, May 12, with a red carpet event on Tuesday, May 13. All festival screenings are free and open to the public and will take place at the state-of-the-art SVA Theatre, located at 333 West 23rd Street. The four-day event showcases more than 100 films and animations from thesis students graduating this spring.