Festival will celebrate its 25th anniversary edition with six-day celebration and associated events in the heart of Germany. 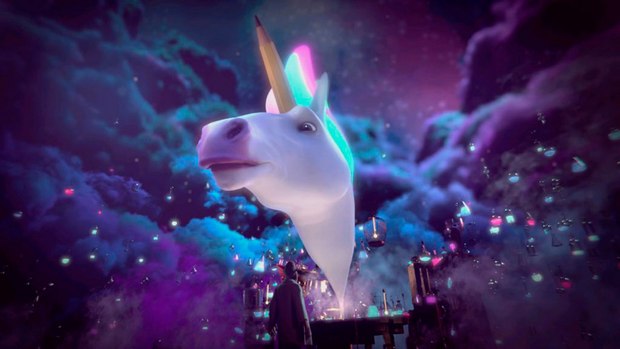 The Stuttgart International Festival of Animated Film (ITFS) is one of the most outstanding events for animated film worldwide. In 2017, ITFS celebrates its 25th anniversary edition. The Festival offers filmmakers, directors and production companies a professional platform to show their films to a wide audience as well as to professional visitors. Animation film fans of all ages have the opportunity to admire animated short and feature-length films, series and transmedia projects for six days.

The Festival presents a full, up-to-date spectrum of animated filmmaking and its intersections with visual effects, architecture, art, design, music and games. The Festival offers directors as well as production and distribution companies a platform to present their films to an interested and large audience as well as countless members of the industry. In the spring of 2018, Stuttgart will once again become the center of the world of animated film.

The Festival has developed into a leading event for animated film in Germany and is regarded as one of the most important and biggest events for animated film around the world. Stuttgart’s city center provides a one-of-a-kind backdrop for the Festival’s open-air film screenings, lending them a truly special atmosphere. The large LED projection screen allows for shows of animated short films and popular features to be screened day and night, making the ITFS a true family festival. In 2017, more than 90,000 visitors came to Stuttgart and watched more than 1,000 films. Artistic animation and the promotion of up and coming talent make up the core of the ITFS. The various competition categories award cash prizes totaling more than 70,000 euros. Together, the Animation Production Day, and the first-class industry conference FMX have developed into an important platform for the financing and development of animated projects. The spotlight — Festival fur Bewegtbildkomminikation takes place alongside the ITFS, attracting members of the advertising industry to Stuttgart and bringing them into contact with the animated film scene.

Animated films produced after October 1, 2016 can be now submitted to the following competition categories:

Call for submission for the following competitions will be made separately: