Jurors consists of a talented and diverse team of professionals, ranging from the world of animation, the video game industry, contemporary art, and the sustainability and environmental sectors; deadline for SAR’s submissions is January 10. 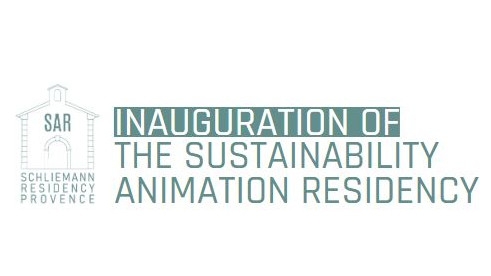 The Sustainability Animation Residency (SAR) seeks to tap into the unique pool of world-class animation industry talent based in and around Arles in the South of France, where the program resides. The program’s objective is to award one of the competing proposals for a ‘Sustainable Short’ touching on any aspect of the environment such as climate change, endangered oceans, resource scarcity, future of food and agriculture, future cities, energy supply, mobility, species diversity, waste management, pollution, health, sustainable fashion, and any other suitable topics.

The submissions will be judged by two different juries of relevant environmental, arts, and animation professionals. Factors to be considered will include innovative animation technique; soundtrack; originality; clarity and relevance of the message; visual language; artistic scope; accuracy of environmental issues; and, if applicable, humor.

The deadline for SAR residency applicants is January 10. The three finalists will be chosen and nominated on January 22, 2021 by the PreJury. The SAR Winner will be voted from the shortlist by the ProJury. It will be announced at a press conference in mid-February.