Who is the Holiday Killer? It’s up to Batman, Captain Gordon, and DA Harvey Dent to decipher the clues in the upcoming DC Universe movie, coming to Blu-ray and Digital June 22. 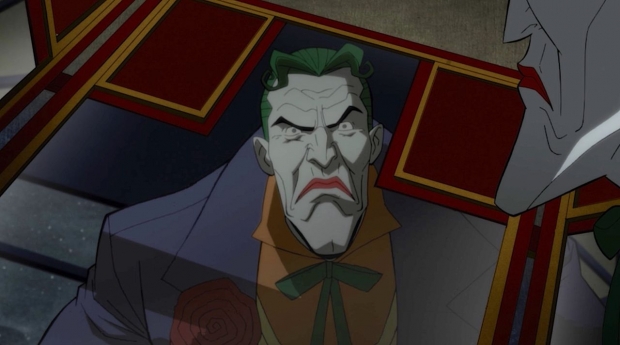 Warner Bros. Home Entertainment revealed new images from the upcoming Batman: The Long Halloween, Part One, the next entry in the popular DC Universe Movie series, and they beg the question… who dunnit? The suspects nearly outnumber the victims of the Holiday Killer – and it’s up to Batman, Police Captain James Gordon, and District Attorney Harvey Dent to decipher the clues and find the true criminal mastermind. On Halloween night, Bruce Wayne (voiced by Jensen Ackles) and his butler Alfred Pennyworth (Alastair Duncan) discuss the lack of trick-or-treaters visiting Wayne Manor, and lament the deterioration of Gotham City. Little do they know what’s soon to come. From Warner Bros. Animation, DC, and Warner Bros. Home Entertainment, the film is inspired by the iconic mid-1990s DC story from Jeph Loeb and Tim Sale.