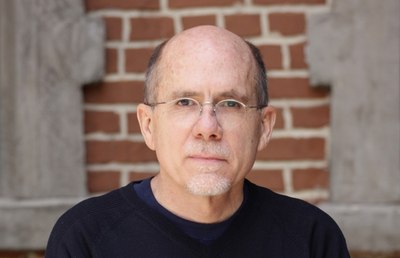 King won Oscars for Best Achievement in Sound Editing for Inception (2011),The Dark Knight (2009) and Master and Commander: The Far Side of the World (2004), and has two additional nominations (Interstellar,War of the Worlds). He has collaborated with such directors as Nicolas Roeg, M. Night Shyamalan, Robert Altman, Paul Thomas Anderson, William Friedkin, Peter Weir, Steven Spielberg and Christopher Nolan. His most recent project is Suicide Squad.

“Richard has enriched some of the best and most successful films of recent decades with soundtracks noteworthy for their imaginative design and spotless execution,” said MPSE President Frank Morrone. “We are very pleased to honor his creativity, dedication to elevating the craft of sound.” The Career Achievement Award will be presented as part of the MPSE Golden Reel Awards, February 27th, at the Westin Bonaventure Hotel in Los Angeles.

The MPSE Career Achievement Award recognizes sound artists who have distinguished themselves by meritorious works as both an individual and fellow contributor to the art of sound for feature film and television, and for setting an example of excellence for others to follow. King joins a distinguished list of sound pioneers, including 2015 Career Achievement Recipient Skip Lievsay, Randy Thom, Larry Singer, Walter Murch and George Watters II.

“I’m humbled and thrilled to be honored by my colleagues in the MPSE,” said King. “From the first moment I had the experience of working with sound, I loved it. It clicked for me and it still engrosses me. What more could you ask for in a career?”

King began his career as an assistant editor in New York. He quickly gravitated to sound and earned his first credit as Supervising Sound Editor in 1983 on Allan Quatermain and the Lost City of Gold. Other notable credits include Thor, The Dark Knight Rises, The Way Back, The Assassination of Jesse James by the Coward Robert Ford, The Prestige, Unbreakable and Magnolia. Along with his Oscars, he has won two BAFTA Awards (with one additional nomination) and four MPSE Golden Reel Awards (with 10 additional nominations). He has been associated with Warner Bros. Sound for the past 15 years.