French company to use base to expand into American markets. 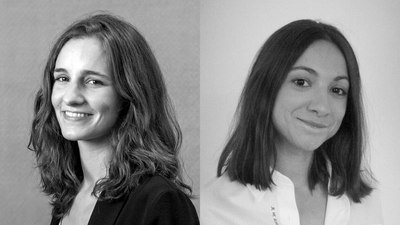 Superprod has announced the opening of an office in the United States, headed by Louise de Staël, who previously held the position of CFO of the company.

De Staël will oversee the development of the group in the North American market. Her missions will be to form partnerships with U.S. companies for Superprod's TV series and feature films, to propose Superprod Studio (formerly known as Vanilla Seed) 3D animation production expertise on the U.S. market, and to coordinate and supervise these productions.

Graduated from HEC and Paris Dauphine University, de Staël worked at Retrofit Film and Independent Film in Los Angeles in 2013, and in Paris at Natixis Coficiné bank in 2014, before joining Superprod in 2015 as chief financial officer.

De Staël will be attending the Kidscreen Summit in Miami next week.

Sophie Spilliaert is taking over as CFO. Graduated from Paris-Dauphine in Finance, Spilliaert spent two years in Hong Kong at Natixis bank in projects and infrastructures financing, then, back in Paris, she joined BESV bank as business manager in the movies and TV department before joining Superprod in December.

“Opening an office in Los Angeles will strengthen our already advanced connections in the world's most dynamic animation market and consolidate the international position and reputation of our studio," say Clement Calvet and Jérémie Fajner, Superprod’s founding producers.

“The image and know-how of Superprod, amplified by the recent success of our series Pat the Dog airing in 180 countries including in the U.S. on Disney Channel, combined with the reputation of French artists and talents, and the effectiveness of the French Tax Rebate for International productions are exceptional assets to launch this new office, in the heart of the market and with an ideal timing,” says de Staël.

Superprod is producing a new season of Lassie for TF1, Canal +, ZDF Enterprises and DreamWorks Animation. Its latest animation feature film, White Fang, based on Jack London’s novel and directed by Academy Award winner Alexandre Espigares, was selected at Sundance Film Festival and will be released in 2018.