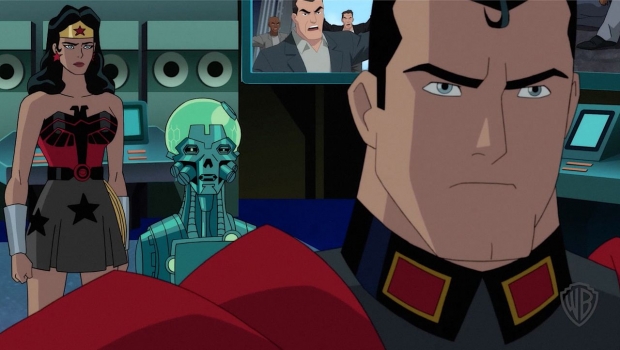 The next entry in the popular series of DC Universe Movies Based on DC’s famed Elseworlds tale from 2003, Superman: Red Son takes place in an alternate reality where the spaceship bearing the last survivor of Krypton crash lands – not in rural Kansas, but in Stalinist Russia. Can this Cold War-era Earth survive the coming of a Soviet Superman?

In this all-new clip, Superman, Wonder Woman and Brainiac discuss the moral and ethical side of the tactics Superman has employed toward achieving his goals for the Soviet Union … and the world: Superman: Red Son is produced and directed by Sam Liu (Reign of the Supermen) from a script by J.M. DeMatteis (Batman: Bad Blood, Constantine: City of Demons). Jim Krieg (Batman: Gotham by Gaslight) is co-producer. Amy McKenna (The Death of Superman) is producer. Executive producers are Sam Register and Bruce Timm (Batman: The Animated Series).