Superights receives Cartoon Forum’s Cartoon Tribute as investor/distributor of the year; pitch session for Benjamin Renner’s ‘The Big Bad Fox & Other Tales’ ranks as most popular session of the animation co-production marketplace. 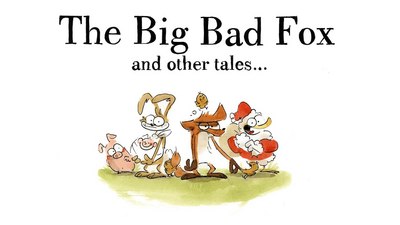 Last week in Toulouse, France, Superights received Cartoon Forum’s Cartoon Tribute as investor/distributor of the year. The award was given by the 900 international professionals who attended the animation co-production marketplace.

On the same day, the pitch of the three special collections -- The Big Bad Fox & Other Tales -- proved to be the most popular session of the entire event, ranking number one out of 90 projects in terms of attendees.

Designed, written and directed by Benjamin Renner, the program is produced by Didier Brunner’s new production company, Folivari, for Canal+ and StudioCanal. Both previously worked together on Ernest & Celestine, which earned an Oscar Nomination for best animated feature in 2014. At the international level, the collection has already received the support of VRT (Flemish Belgium), RTS (Switzerland), NRK (Norway), Ceska Televize (Czech Republic) and Horng en Culture (Taiwan) and Superights is in discussion with a major network for CEE and German-speaking territories.