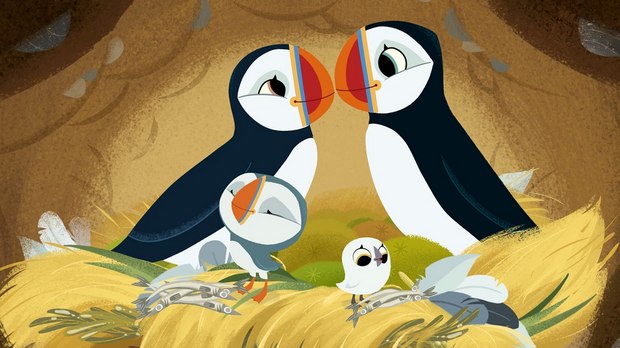 Superights has announced that the 2016 twice-Kidscreen Awarded series Puffin Rock (78 x 7’) has been travelling the globe.

Set on a wild island off the coast of Ireland, Puffin Rock is a playful green series for pre-schoolers. The series follows the daily adventures of the cute sister and brother puffling pair, Oona and Baba, who explore their natural environment along with their parents and animal friends.