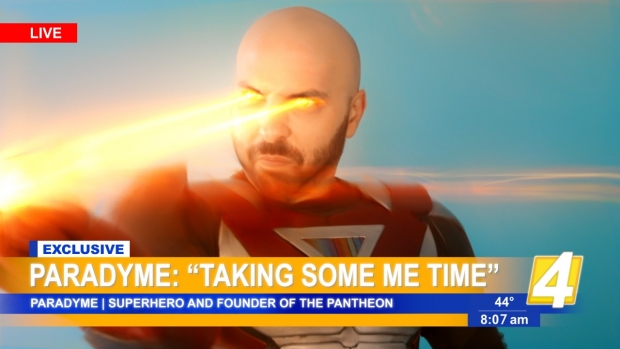 There’s more to superheroes than just DC or Marvel. Redbird Entertainment & Firestorm VFX’s new comedy series Grounded, which focuses on the normal, everyday issues of superheroes stuck at home during a global virus outbreak, offers a new, fresh take on the genre.

Written by Carl Reid (Cancelled, Domino: Battle of the Bones) and co-created and directed by Enrico Natale (The Killing of Kenneth Chamberlain, Silver Skies), the TV series takes the “super” out of “superhuman,” instead focusing on character quirks, hang ups, and relationship drama rather than blowing up the latest death ray. With a sprawling cast of characters that comprise a brand-new mythology, Grounded presents a limitless world where laughs, tears, adventure, and emotional breakthroughs are the fabric of every episode. Could this be the What We Do in the Shadows of the superhero world?

Each episode of the show will conclude with conversation between the show’s creators, interwoven with BTS footage to display the wild obstacles that came with shooting a full season of television with all of Hollywood, much like Victor Vance, “grounded” from COVID-19.

The series is executive produced by Mark Renton, Reid, and Natale, with David Midell (By Any Other Name, NightLights) and Julianna Medina-Politsky producing. Natale also serves as editor, with VFX by Renton and music by Shaun Chasin.