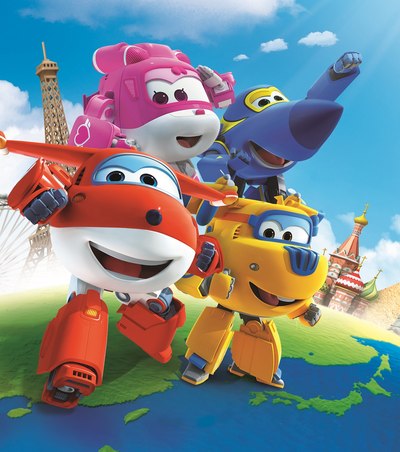 CJ E&M, Asia's leading content and media company, announced that its animated preschool series, Super Wings, has been sold to major broadcasters in the Americas including Sprout (US) who will premiere the series on 14th March and Discovery Kids (LATAM) who will premiere in the second quarter.

These latest broadcasters are in addition to TV deals already completed for the series with Canal Plus’ Piwi+ (France), SVT (Sweden), YLE (Finland) and EBS (South Korea). Further TV sale announcements will be made in the near future.

“We are very proud to be bringing Super Wings to the Americas in 2015” said Jisoo Han, Head of Animation Business Division at CJ E&M.  “The huge interest already shown in the property, indicates that things are really starting to take off for our little air plane hero!”

Super Wings features the adventures of an adorable jet plane named Jett, who travels around the world delivering packages to children. On every delivery, Jett encounters new problems that he must solve with the “Super Wings,” a group of awesome airplanes who can transform into robots with amazing abilities. The show’s curriculum focuses on issues of Creative Problem Solving and Cultural Diversity and the characters visit 52 cities in 45 countries over the course of the series (52 x11”).