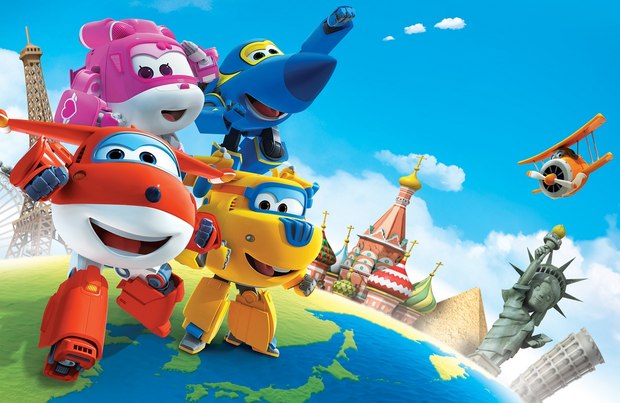 HÖHENKIRCHEN/MUNICH, GERMANY -- m4e has announced that it has been appointed licensing and merchandising agent for the animated preschool series Super Wings from South Korea’s FunnyFlux , EBS and CJ E&M, US-based Little Airplane Productions, China’s Qianqi Animation and co-production partner KiKA. m4e will be representing the internationally successful brand in all categories except television and home entertainment within the German-speaking territories.

The Super Wings toy line, which is distributed worldwide by Alpha Toys, will be launched in Germany, Austria and Switzerland midway through next year. The leading German kids channel KiKA is planning to broadcast the series in the prime time slot in early 2017.

“Super Wings has all the important ingredients to succeed and is a very promising property based on the high toy sales from markets such as France, Spain and Italy. The prime time broadcast slot on KiKA offers the ideal conditions for this action-packed preschool brand to establish itself in the German-speaking markets,” commented Judith Boehnke, m4e’s Licensing Manager for G/A/S.

Featuring a curriculum that supports cultural diversity and creative problem-solving, Super Wings follows the adventures of Jett, a self-assured jet plane that travels around the world delivering special packages to children. Since its debut on EBS in 2014, the series has been sold to more than 40 countries worldwide, including the US, where the IP’s toy line will launch in October 2016. The brand enjoys enormous success in China, France, Spain and Italy among others.