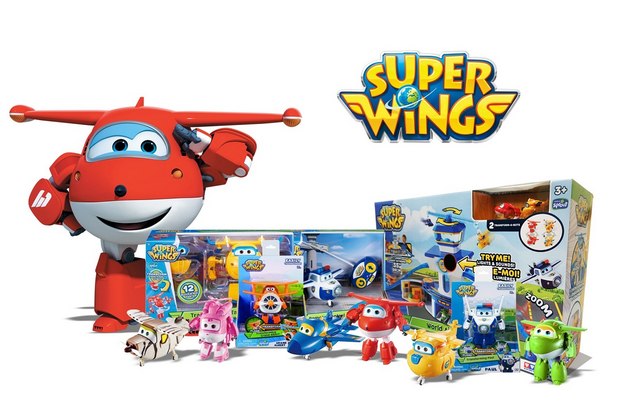 EL SEGUNDO, CA -- The Alpha Group US, a subsidiary of The Alpha Group, one of the world’s largest developers of animation and toys, announced the official launch of the Super Wings YouTube channel.

Super Wings, available for viewing on NBC Sprout, Amazon Prime and now YouTube, follows an adorable plane named Jett who travels the world delivering packages and smiles to children everywhere. On every delivery, Jett encounters a new problem that he and his friends must work together to solve. The top-rated show focuses on issues of creative problem solving and cultural diversity.

Within the first month of launching 13 episodes on YouTube, the Super Wings channel has earned over 8 million views with over 37 million minutes watched. The animated preschool series has also seen success on other digital platforms. After launching on Amazon in September 2016, Super Wings was among the top 100 viewed titles, earning the series a portion of Amazon Video Direct’s million dollar AVD Star award.

“Since its Spring 2015 launch, Super Wings has been a hit with preschoolers and their loved ones across America, and we are happy to bring fans of the show a new way to watch their favorite Super Wings adventures,” said Brehan Maul, Vice President of Marketing, Alpha Group US. “Following Jett and his friends around the world has never been easier. With episodes available on YouTube, it’s a great chance for children to learn about the importance of friendship and lending a helping hand at any time.”

The Super Wings line of toys by Alpha includes playsets, transforming characters and other toys that are based on the animated series. The line is now available online and in stores at Toys R Us, Walmart, Target, Amazon and many more.

Source: The Alpha Group US