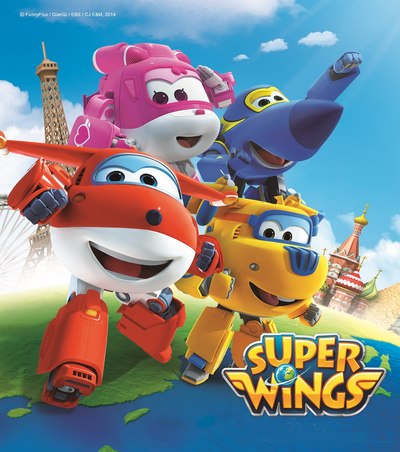 SEOUL, KOREA -- CJ E&M, a leading content and media company in Asia, has announced that the animated preschool series, Super Wings, is due to broadcast on German speaking children’s channel KiKA, the children’s channel of ARD & ZDF in Germany, covering Germany, Switzerland and Austria. KiKA became co-producer from the beginning and will exclusively air the series in 2017 in the aforementioned territories.

“Super Wings is really taking off,” commented Dongsik Shin, Head of Animation Division, CJ E&M. “We are extremely proud of how well this ground-breaking Chinese, Korean, German and US co-production has been received around the world and are delighted that the show will air in Germany. With KiKA as co-producer on board we have high hopes for the series’ success.”

"We decided to become co-producer of Super Wings as it enables children to open up their minds to cultural differences around the world and also stresses the importance of teaming up with friends to solve problems," added Sebastian Debertin, Head of Fiction, Acquisition and Co-production, KiKA.

Super Wings features the adventures of an adorable jet plane named Jett, who travels around the world delivering packages to children. On every delivery, Jett encounters new problems that he must solve with the Super Wings, a group of awesome airplanes who can transform into robots with amazing abilities. The show’s curriculum focuses on issues of creative problem solving and cultural diversity and the characters visit 52 cities in 45 countries over the course of the series.