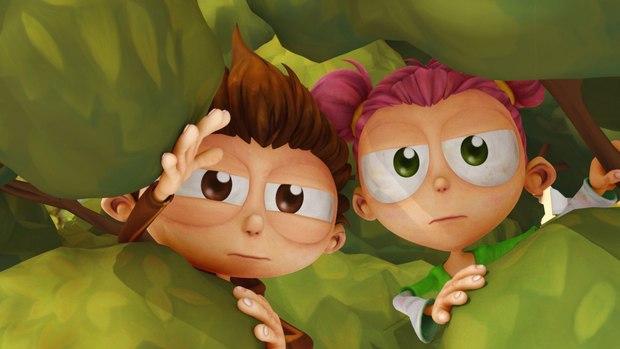 Angelo Rules, created by TeamTO and co-produced and distributed worldwide by CAKE, has been broadcast since 2010 on Super RTL, the largest kids’ network in Germany. Since its launch Angelo Rules has been a consistent ratings winner for the channel, garnering a 30% market share among 6 - 9 year olds. In addition to linear TV, Angelo Rules is very popular on Super RTL’s digital platform which reaches almost 200,000 children a month. The development of the Angelo Rules licensing program coincides with the launch of its 3rd season and is part of Super RTL’s Consumer Products department’s ongoing expansion into an older skewing demographic.

Hendrik Rinsche, Head of Licensing & Merchandising at Super RTL commented, “Angelo’s appearance and style is unique and complements our portfolio perfectly. We are looking forward to starting the marketing program and are very positive about our first product development in the publishing and promotion categories.”

TeamTO’s Director of Marketing Patricia de Wilde added, “Launching consumer products in the biggest European market will be an excellent catalyst for other territories where the show has also performed very well, such as in Europe, the Middle East and Asia. Angelo’s daring but positive personality makes him a very aspirational character for boys and girls that will translate well across different cultures, and different licensing categories.”

CAKE’s CEO and Creative Director Tom van Waveren said, “We’re excited to offer Angelo’s many fans an opportunity to extend their Angelo Rules experience into other platforms and experiences, rewarding many years of loyal support. Having Super RTL taking Angelo Rules into the German consumer products market is our dream scenario for a next step with Angelo Rules and we look forward to further extending this successful partnership.”

Angelo Rules follows 11-year-old Angelo, a sweet talking genius who, along with his two best friends, has a knack for getting out of trouble by using a combination of clever planning irreverent attitude, a rebellious nature, optimism, and most of all, charisma to make things go his way.

Angelo Rules has aired in over 100 territories on leading kids’ channels and platforms including Cartoon Network (EMEA, Latin America, Asia), France Television, Canal +, RAI, Televiso de Catalunya, and TG4, among others. The series has been widely recognized within the animation industry since receiving a Pulcinella Award for Best Kids TV Series at the 2010 Cartoons on the Bay Festival. It has also been nominated for awards at the 2013 Emmy Kids Awards; 2013 Trickfilm Festival; 2012 Anima Mundi; and 2011 BANFF World Media Festival.