2017 edition of New Frontier showcase to include 20 VR experiences and 11 installations across three Park City venues. 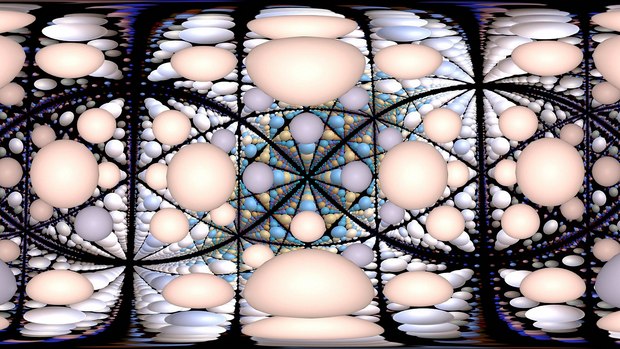 Park City, UT -- Now in its second decade of breaking new ground at the forefront of art and technology, Sundance Institute has curated an in-depth vision of storytelling’s future for the 2017 edition of New Frontier at the Sundance Film Festival, January 19-29 in Park City. The full slate -- including storyworlds in Augmented Reality headsets, projection-mapped acrobatics, a VR beauty salon producing neuroscience data via the internet of things and a host of socialized, interactive and immersively haptic VR story experiences -- stands as a testament to New Frontier’s expertise in identifying, developing and amplifying the most relevant and high-impact modes of tech-enabled narrative.

Live performances, a feature film and augmented reality experiences will complement a total of 20 VR experiences and 11 installations, showcased between three venues in Park City. The historic Claim Jumper will host seven immersive installations focused on cross-disciplinary story construction and two video works; the VR Palace will feature 15 VR experiences alongside additional installations, and the VR Bar will offer a lineup of mobile VR. Three projects are part of the Festival’s The New Climate program, which highlights the environment and climate change. More New Frontier projects will be announced in the coming weeks.

“Every year, more artists are drawn to the vanguard of art and technology: independent, creative storytellers have more tools to break the mold than ever before,” Sundance Institute president and founder Robert Redford, said. “For the last decade-plus, New Frontier’s vision has evolved and grown with this expanding palette, to curate and showcase the most exciting new work made with the latest advances.”

“In an era that has recalibrated economies, redefined social realms and rewired the connection between the individual and the world, we must also reimagine what it is to be human,” said Shari Frilot, Sundance Film Festival Senior Programmer and Chief Curator, New Frontier. “Through Virtual Reality, Augmented Reality and various crafted immersive experiences, New Frontier this year challenges the very nature of perception and what we consider to be ‘reality.’”

2016 marked New Frontier’s 10th Anniversary, with celebrations at MoMA in New York City, and the Walker Art Center in Minneapolis.

In addition to the New Frontier program, films in U.S. and World Competitions and NEXT have been announced and are listed at sundance.org/festival.