The Sundance Film Festival rolls out a 95-minute program of animated shorts to theaters set to premiere at the Sundance Sunset Cinemas in Los Angeles on September 26, 2014, with more dates and cities to be announced in the coming weeks. 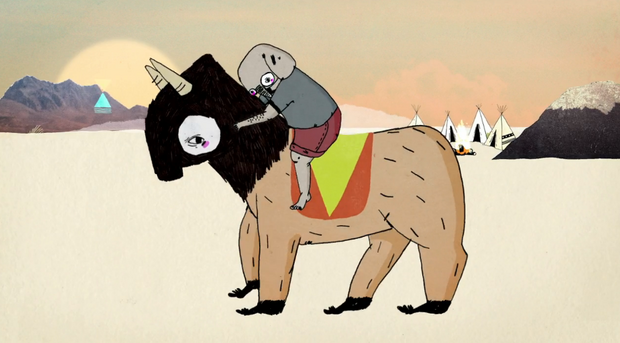 The Sundance Film Festival is rolling out a 95-minute program of animated shorts to theaters set to premiere at the Sundance Sunset Cinemas in Los Angeles on September 26, 2014, according to a report by The Hollywood Reporter. More dates and cities are to be announced in the coming weeks.

The program, which will include four shorts from the 2014 Sundance Film Festival and four more favorites from previous festivals, will showcase a wide variety of animation styles including handmade drawing, painting and puppetry.

“We had shown a [live-action] shorts program in a few select art house theaters in 2011 and 2012 and then expanded in 2013,” Sundance shorts programmer Mike Plante reportedly said. “That program wildly exceeded our expectations, going to 57 venues across 28 states from Alaska to Florida -- including an impressive five-week run at the IFC Center in New York -- so we continued the program for this year and are now pleased to add a second program of animated shorts.”

Sundance has been screening animated shorts ever since 1988. Over the years the fest has shown animated films by legends like Jan Svankmajer, The Brothers Quay, Ray Harryhausen (Jason and the Argonauts), Nick Park (Wallace and Gromit), Oscar winners Adam Elliott and Chris Landreth, Pendleton Ward (Emmy-winning series Adventure Time), Bob Sabiston (creator of the rotoscoping software used in Richard Linklater's Waking Life and A Scanner Darkly) and Emily Hubley (animation sequence in Hedwig and the Angry Inch). The very first South Park short film by Trey Parker and Matt Stone, entitled The Spirit of Christmas, showed at Sundance in 1997.

Check out the full lineup of films, below:

Belly
Written and directed by Julia Pott. U.K., 7 minutes.
Oscar is coming of age, against his better judgment. In doing so he must experience the necessary evil of leaving something behind, but can still feel it in the pit of his stomach.

It’s Such A Beautiful Day
Written and directed by Don Hertzfeldt. USA, 23 minutes.
In the third and final chapter to Don Hertzfeldt's Everything Will Be OK, Bill finds himself in a hospital struggling with memory problems.

Marilyn Myller
Written and directed by Mikey Please. USA/United Kingdom, 6 minutes.
Marilyn maketh. Marilyn taketh awayeth. Marilyn is trying really hard to create something good. For once, her expectation and reality are going to align. It will be epic. It will be tear-jerkingly profound. It will be perfect. Nothing can go wrong.

The Obvious Child
Written and directed by Stephen Irwin. U.K., 12 minutes.
Somebody broke the girl's parents. The rabbit was there when it happened. It was an awful mess.

Oh Willy…
Written and directed by Marc James Roels and Emma De Swaef. Belgium/France/Netherlands, 17 minutes.
Willy returns to his naturalist roots as he bungles his way into noble savagery.

Subconscious Password
Written and directed by Chris Landreth. Canada, 11 minutes.
Chris Landreth, the director of the Academy Award–winning short Ryan, plays Charles, a man paralyzed by his inability to remember a friend’s name. Thus begins a mind-bending romp through a game show of the unconscious -- complete with animated celebrity guests.

Voice on the Line
Written and directed by Kelly Sears. USA, 7 minutes.
The era of nuclear anxiety, the Red scare, and covert CIA plots forever changed the way we engage with the telephone.

Yearbook
Written and directed by Bernardo Britto. USA, 6 minutes. Short Film Jury Award: Animation, Sundance 2014.
A man is hired to compile the definitive history of human existence before the planet blows up.