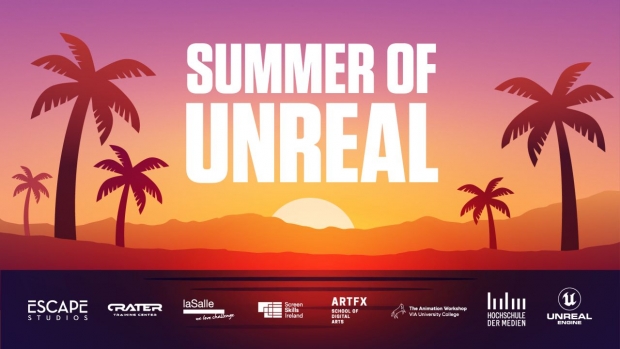 Epic Games and the Escape Studios have teamed up with six European university partners to offer the
“Summer of Unreal,” a free, four-week online bootcamp aimed at young professionals. The program will feature industry experts, teachers from the partner universities and Escape Studios’ staff providing digital artists, at the start of their careers, with practice-oriented real-time qualifications

The course runs from July 26 to August 20, 2021 – instruction will be in English and take place online via Zoom and Discord to facilitate direct dialogue. The training aims is to support 1,000+. Online applications are now open.

Applicants are expected to have some knowledge of 3D software, but no experience with the Unreal Engine is required. The course starts with the basics and works its way up to the eye-catching features such as stylized cel-shaded / photorealistic objects and digital humans.

Summer of Unreal: The Course

The four-week program offers immersion into the world of Unreal Engine, one of the most open and advanced 3D platforms for photorealistic visuals and immersive experiences. The focus is on the CGI and animation industry, rather than applications in cinematography, virtual production, or games.

Participants collect digital badges for each day. Those attending 80% of the training will receive a certificate of participation in Summer of Unreal, signed by Epic Games.